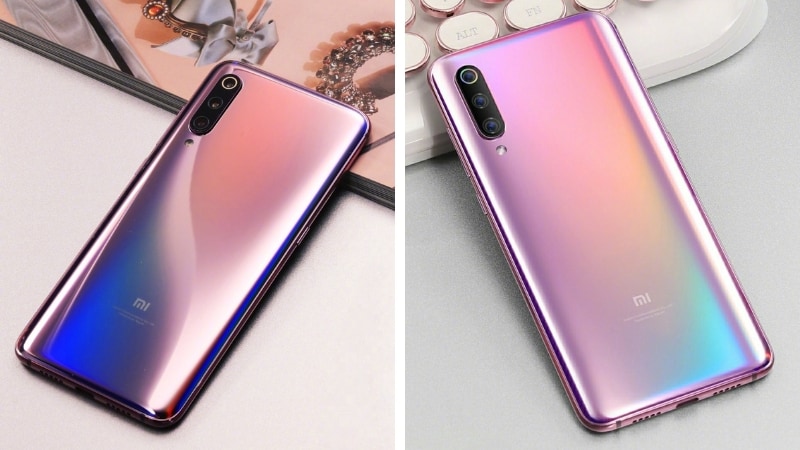 As Xiaomi gets ready to unveil the Mi 9 on February 20 in China, the company has put the smartphone's pre-release promotion in high gear. After a number of the phone's renders that were shared by the company CEO Lei Jun, more renders in a different gradient finish have been published by the company's official account on Chinese social media. The company is still shying away from showing the front of the phone, but Lei Jun did confirm that the Xiaomi Mi 9 will pack Qualcomm's flagship Snapdragon 855 SoC.

Lei Jun wrote in a Weibo post that February 20 will mark the world premiere of the Snapdragon 855, however that is not technically true as Lenovo has already unveiled the Z5 Pro GT with Snapdragon 855 in December 2018.

In addition to Lei Jun's revelation, Xiaomi's official Weibo account also published a new number of new Mi 9 renders. These renders show the Xiaomi Mi 9 with pink-blue gradient finish. Earlier, the company had stated that it is using a "nano-scale laser holography process, plus double layer coating" to create the “holographic illusion” colours. The company had already shared the photos of the Xiaomi Mi 9 in blue-green gradient finish.

Further, Donovan Sung, who is Xiaomi's global spokesperson, teased the presence of an in-display fingerprint sensor on the Mi 9 smartphone on Twitter. He didn't share any other details about the phone.

As per an alleged Geekbench listing and previous rumours of the phone, the Xiaomi Mi 9 will come with Android 9 Pie, 3,500mAh battery, and a 6.4-inch AMOLED screen with waterdrop-style notch. The phone will also pack a triple rear camera setup, as can be seen in the phone's photos, and a 24-megapixel front shooter.

Separately, the official account of the Mi Router team has teased the launch of a new Mi Router model at the Mi 9 launch event on February 20. The new router will be announced as a part of the “one more thing” section of the event, something that Xiaomi has stolen from the Apple events. To remind you, the Xiaomi event will be held in Beijing, China.

Over 150 Mobile Manufacturing Units Set Up in India in Past 4 Years: CMR
Data Localisation, E-Commerce Not Discussed at US-India Summit: US Envoy