The update is likely exclusive to the phones running China ROM of MIUI. 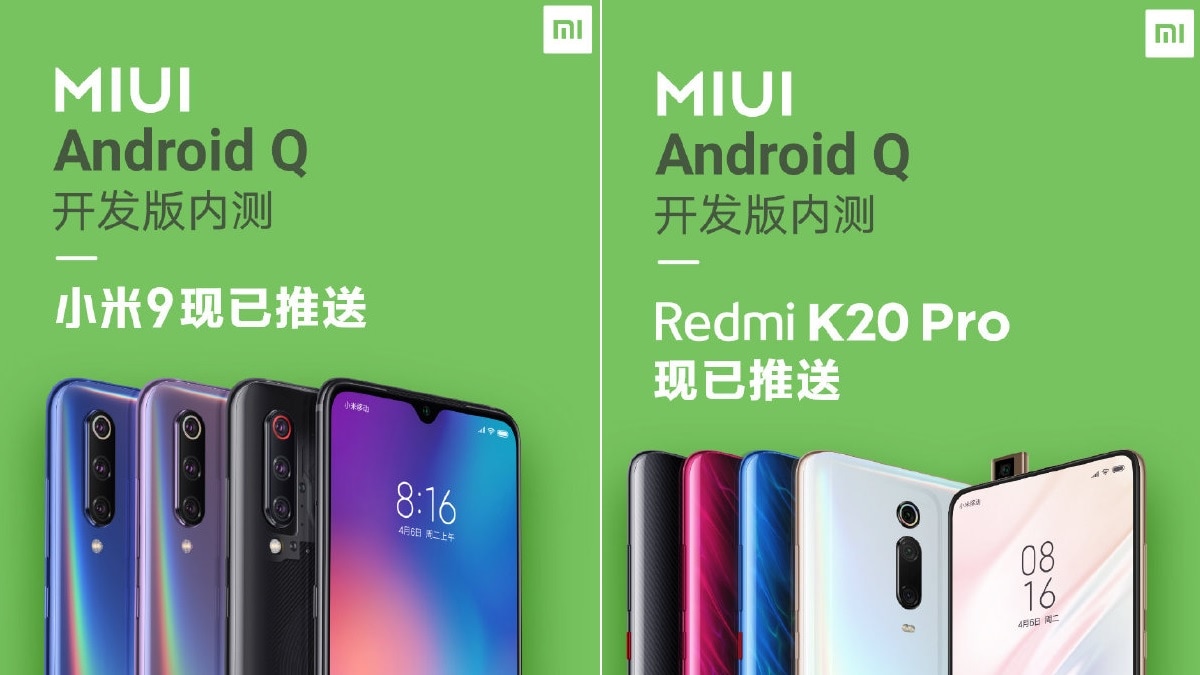 The official MIUI Weibo account shared a post notifying Mi 9 and Redmi K20 Pro users in China that they can now download the Android Q-based MIUI update if they are a part of Xiaomi's beta testing programme. The update is most likely compatible only with Mi 9 and Redmi K20 Pro units that are on MIUI's China ROM. To recall, Xiaomi began testing MIUI's Android Q-based beta build in China last month.

There is no information on which beta build of Android Q is the latest MIUI update based on, but it may be the sixth and final beta version of Android Q that began rolling out for compatible Pixel phones yesterday. Also, there is no word from Xiaomi regarding the global rollout of the new Android Q-based open beta update. However, if the company's planned roadmap is anything to go by, the Mi 9 and the Redmi K20 Pro will receive the Android Q update via the stable channel at some point in Q4 this year.

The Xiaomi Mi 9 was among the first batch of phones selected by Google that was eligible for Android Q beta testing. The Redmi K20 Pro was added to the Android Q beta programme later in May, but the test build was limited to China variants of the phone only. We will keep you updated once Xiaomi begins the global rollout of its Android Q-based MIUI beta update.