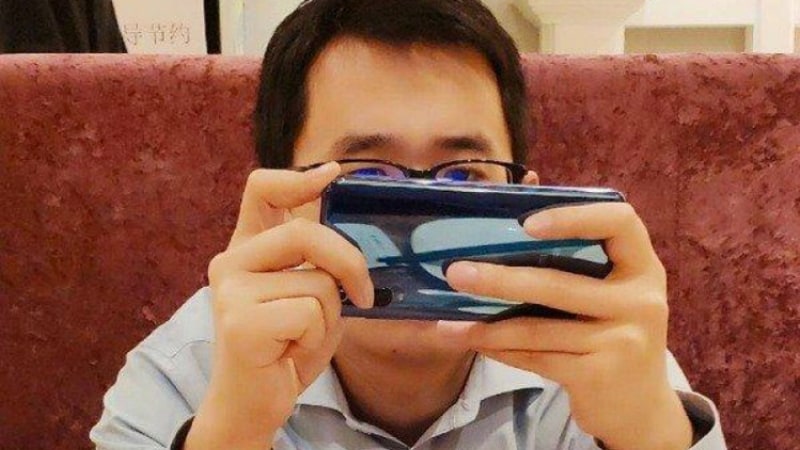 Xiaomi Mi 9, the next flagship phone by the Chinese giant, is likely to debut later this month. However, just days of its official debut, the Mi 9 has allegedly been spotted in the hands of a Xiaomi executive. The image, which was originally posted on Weibo and recently shared on SlashLeaks, gives a glimpse at the upcoming Xiaomi phone. It suggests the presence of a triple rear camera setup on the Mi 9, The traditional fingerprint that was flaunted on the Mi 8 last year is also seemingly missing on the new model. This hints at an in-display fingerprint sensor on the next Xiaomi flagship.

Product Manager at Xiaomi Wang Teng Thomas had allegedly posted an image through his Weibo account showing the Mi 9. While the original post made by Thomas wasn't available at the time of filing this story, a tipster has managed to share the image on SlashLeaks. The image essentially shows a glimpse at the back of the new Xiaomi phone that is speculated as the Mi 9.

The image shows that the handset has a vertically mounted rear camera setup that appears to have a room for three camera sensors. Also, there is an LED flash - just after the camera setup.

Xiaomi CEO Lei Jun last month hinted at better than 24W charging support on the Mi 9. However, a recent listing on China's 3C certification site suggested 27W charging support. The flagship model with codename Cepheus also recently surfaced on Geekbench. The Geekbench listing showed Android Pie, 6GB of RAM, and a Snapdragon 855. Moreover, the Mi 9 is rumoured to come with a 6.4-inch AMOLED display with a waterdrop display notch and a 3,500mAh battery.