Mi 30W Wireless Charger will be available for pre-orders at a special price of Rs. 1,999. 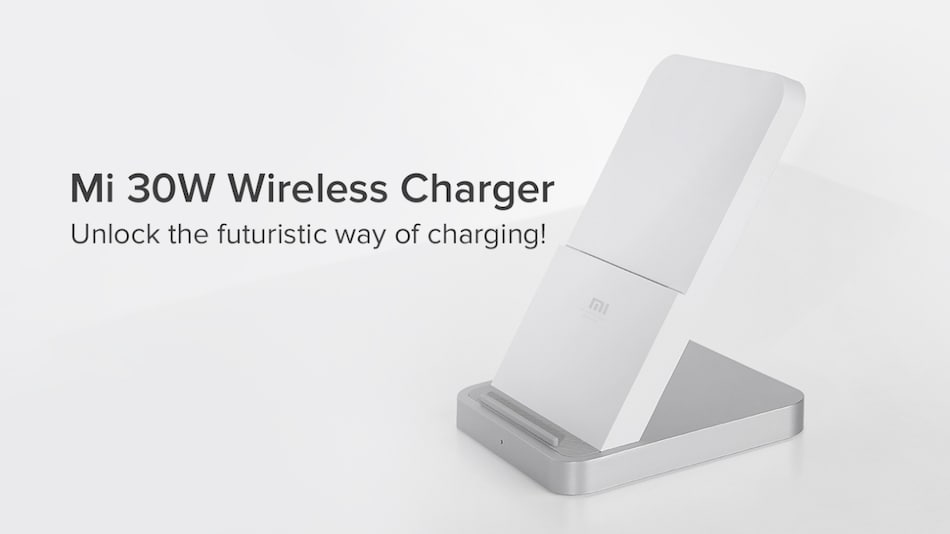 The Mi 30W Wireless Charger price in India is set at Rs. 2,299. However, the charger is available at a special pre-order price of Rs. 1,999. It will go on sale through the Mi.com site from May 18. The charger was initially showcased in China back in September last year.

Xiaomi is taking on OnePlus by bringing the Mi 30W Wireless Charger to India. To recall, the OnePlus Warp Charge 30 Wireless Charger was launched at Rs. 3,990 last month. It is, however, yet to be available for purchase in the country.

In March, Xiaomi launched the 10,000mAh Mi Wireless Power Bank at a price tag of Rs. 2,499. The wireless power bank provides up to 18W charging support.

The Mi 30W Wireless Charger comes with the cooling fan that helps reduce heat while inductively charging a supported device. There is a vertical air duct design that blows the air directly to the connected phone and improves heat dissipation. The Mi 30W Wireless Charger is also based on universally-accepted Qi standard. This means that apart from the Mi 10 5G, it can charge wireless charging-supported phones from companies such as Apple and Samsung. The charger also provides up to 30W wireless charging. However, there is standard 10W wireless charging for non-Xiaomi devices.

To let users view and operate their phones while charging wirelessly, the Mi 30W Wireless Charger has an ergonomic design. This is unlike flat-bed design that is common among the wireless chargers manufactured by companies like Belkin and Samsung.