Mi 11 Lite may resemble the regular Mi 11, with just a few tweaks. 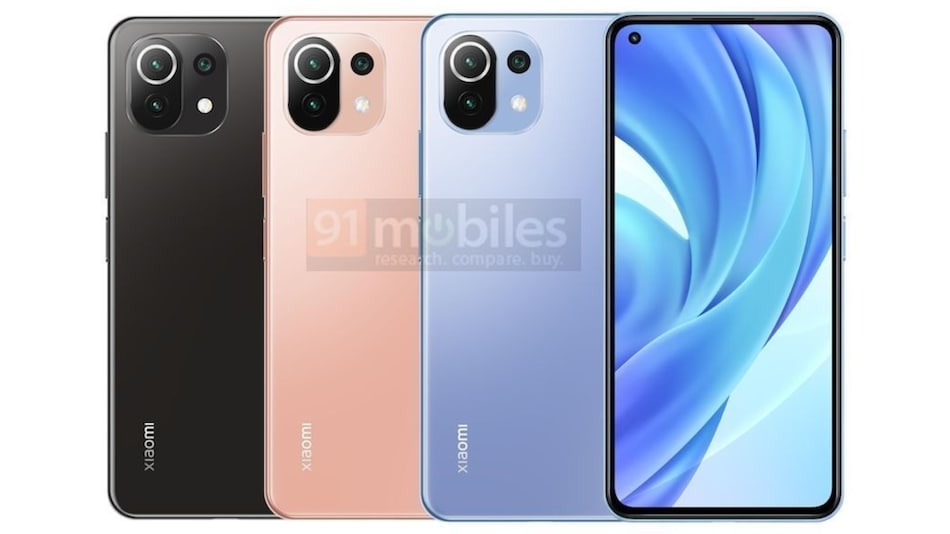 Mi 11 Lite may debut as early as this month

Mi 11 Lite render — purportedly showing the design of the unannounced Xiaomi phone — has been leaked online. The render suggests that the new Mi 11-series model would come in at least three different colour options and feature a flat display. Mi 11 Lite also appears to have a back panel similar to that of the vanilla Mi 11. Xiaomi has not yet provided any details about the Mi 11 Lite. However, the smartphone has been a part of the grapevine for some time and is speculated to arrive sometime in March.

Tipster Ishan Agarwal shared the render of Mi 11 Lite in collaboration with 91mobiles. The render shows the phone in Black, Peach, and Purple colours. There is also a gradient finish on top that looks quite similar to the one featured on the Mi 11.

However, unlike the Mi 11 that has a curved screen, Mi 11 Lite appears to have the flat display. Rest of the design of the Mi 11 Lite seems similar to the original flagship, though.

The render sourced by Agarwal shows a slightly different design of Mi 11 Lite over what we saw in an earlier leak. Gadgets 360 wasn't able to verify both leaks.

If rumours are to be believed, Mi 11 Lite could arrive sometime later this month. The phone is speculated to launch in India as well as global markets.

Mi 11 Lite is expected to have 4G and 5G variants, with the latter being rumoured to have the Qualcomm Snapdragon 775G SoC and the former carrying the Snapdragon 732G. Both variants could come with a full-HD+ IPS display with up to 120Hz refresh rate. Mi 11 Lite is also speculated to have the triple rear camera setup, with a 64-megapixel primary sensor. The phone could also pack a 4,250mAh battery.