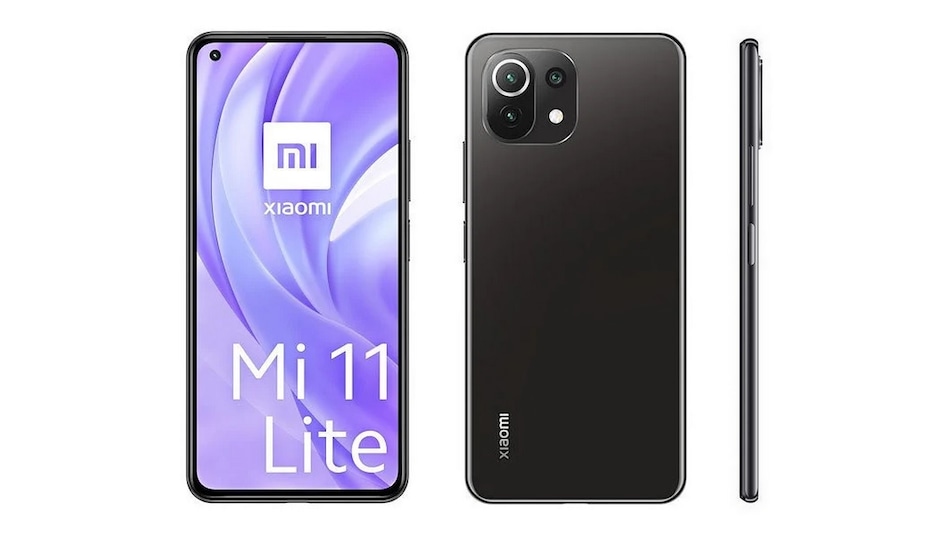 Mi 11 Lite price, renders, and specifications have been leaked by a report ahead of its expected launch on March 29. Xiaomi recently announced that it will be hosting an event on March 29 where the Mi 11 Ultra and the Mi 11 Pro will be unveiled. The Mi 11 Lite is also expected to be revealed alongside. The phone may get both 4G and 5G variants featuring triple rear cameras and a hole-punch cutout display design for the selfie camera. There seem to be three colour options for the Mi 11 Lite.

As per the renders of the Mi 11 Lite shared in the report, the phone could have a triple rear camera setup and three colour options that look similar to the renders shared by a tipster last week. The WinFuture renders show the alleged Mi 11 Lite from more angles that suggest the phone may come with a USB Type-C port but not a headphone jack.

The latest report claims that there will be a 4G version of the Mi 11 Lite powered by a Snapdragon 732G SoC, whereas the 5G variant will be powered by a Snapdragon 765G SoC. The phone is said to run on Android 11 with MIUI 12 on top. And could feature a 6.55-inch full-HD+ (1,080x2,400 pixels) AMOLED display with a 90Hz refresh rate. The phone may pack a triple rear camera setup with a 64-megapixel primary sensor, an 8-megapixel sensor with ultra-wide-angle lens, and a 5-megapixel macro shooter. On the front, the Mi 11 Lite is expected to come with a 20-megapixel selfie shooter.

The report further says that there will be a 4,250mAh battery in the Mi 11 Lite that could support 33W fast charging. It may also come with a microSD card slot for storage expansion.

Xiaomi has not confirmed if it will launch a Lite variant of the Mi 11 alongside the Ultra and the Pro variants on March 29.

iQOO 7 India Launch Teased, to Be Priced Under Rs. 40,000
Google News Showcase to Offer Access to Content From Italian Publishers