Xiaomi Mi 10 Set to Launch in India on May 8: Expected Price, Specifications

The Xiaomi Mi 10 will be launched in India on May 8 via a livestream event, details of which will be shared by the company in the coming days. 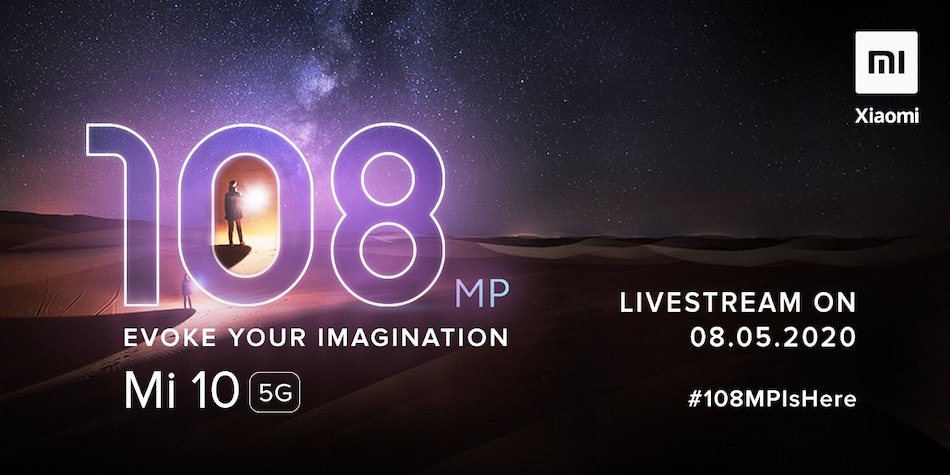 Mi 10 comes with a quad camera setup at the back

Xiaomi Mi 10 is set to launch in India on May 8. The new launch date was announced by the company during an online press briefing today. The Mi 10 was set to launch in India on March 31, but that was postponed indefinitely due to the coronavirus lockdown announced by the Indian government. However, now that the Home Ministry has relaxed restrictions on e-commerce sites to sell non-essential goods in orange and green zones, Xiaomi has decided to go ahead and launch the Mi 10 on Friday, May 8.

The Mi 10 will be launched in India on May 8 via a livestream event, details of which will be shared by Xiaomi in the coming days. The Mi 10 has been launched in China in February, alongside the Mi 10 Pro. However, the latter isn't likely to arrive in the Indian market as the company has teased only the regular Mi 10 model through its latest social posts. The company has launched the Mi 10 series in global markets like Italy, France, Germany, and more in March this year.

The Chinese giant is yet to announce the price of the Mi 10 in India, but Xiaomi Vice President and India Managing Director Manu Kumar Jain had earlier confirmed that there would be a different pricing model over what was announced in China last month due to different factors like - direct import, higher GST, and depreciating rupee. To recall, the Mi 10 price in China starts at CNY 3,999 (roughly Rs. 42,400).

As for camera, the Mi 10 has a quad rear camera setup with a 108-megapixel primary sensor. It is accompanied by a 13-megapixel wide-angle lens, and two 2-megapixel cameras. The smartphone also comes with a 20-megapixel selfie camera. The Mi 10 packs a 4,780mAh battery that supports 30W wired charging and 30W wireless charging.