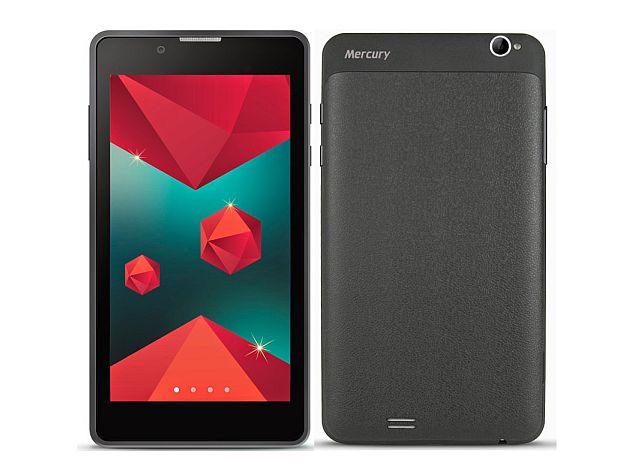 Kobian, a firm best known for manufacturing computer peripherals, has launched a 6-inch phablet under its Mercury brand. Called the Mercury Glitz, it has been priced at Rs. 7,799 and will go on sale from July 15.

The Mercury Glitz is a dual-SIM smartphone that runs the now-dated Android 4.2 Jelly Bean out-of-the-box, but Kobian promises an upgrade to Android 4.4 KitKat soon. It features a 6-inch IPS display with a qHD (540x960 pixel) resolution. The Mercury Glitz smartphone is powered by a 1.3GHz dual-core MediaTek MT8312 processor coupled with 1GB of RAM.

The smartphone sports a 5-megapixel rear camera with an LED flash and also includes a 0.3-megapixel (VGA) front-facing camera. The Mercury Glitz comes with 8GB of inbuilt storage that can be expanded via microSD card (up to 32GB).

The large-screen smartphone or phablet packs a 2000mAh battery and comes with 3G, Bluetooth 4.0, Wi-Fi, and GPS connectivity options. The Mercury Glitz smartphone comes in Black colour variant only. The smartphone weighs 240 grams and has a thickness of 8.2mm.

It sports an 8-megapixel autofocus rear camera along with LED flash and a 2-megapixel front-facing camera. The Magnum X604 supports storage expansion via microSD card (up to 32GB), with 8GB of inbuilt storage already on the device. It packs a 2600mAh battery.