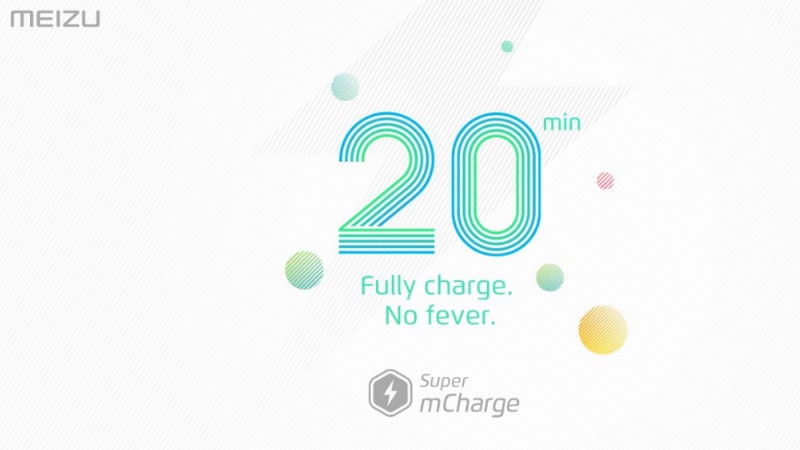 At its MWC 2017 on Tuesday, Meizu launched its Super mCharge technology that it claims fully charges a smartphone in 20 minutes. It claims to be much faster than VOOC and Quick Charge technologies from its competitors, and was demoed to the audience in Barcelona.

During its demo at MWC, Meizu showed off this charging technology on a smartphone packing a 3000mAh battery. The smartphone charged up to 30 percent in five minutes, 60 percent in ten minutes, 85 percent in fifteen minutes, and fully charged in under twenty minutes. This is a big milestone for the company, and we expect its future smartphone to come with Super mCharge embedded. It's worth noting that smartphones with a larger battery than 3000mAh will take a bit longer to fully charge.

Meizu claims that the Super mCharge, the successor to its mCharge technology, is safe, more secure, and more energy efficient. It uses only half as much the electric current, and yields 98 percent super high efficiency (earlier it was just 9 percent). It also keeps the phone cool charging at a maximum of 39 degrees, preventing the smartphone to heat up due to fast charging.

Just to compare, Oppo's VOOC fast charging technology was launched last year at MWC, and it claims to fully charge a smartphone with a 2500mAh battery in just 15 minutes. However, Meizu's positioning is that Super mCharge is safer, as it uses lower current prolonging life of internal components and prevent heating.