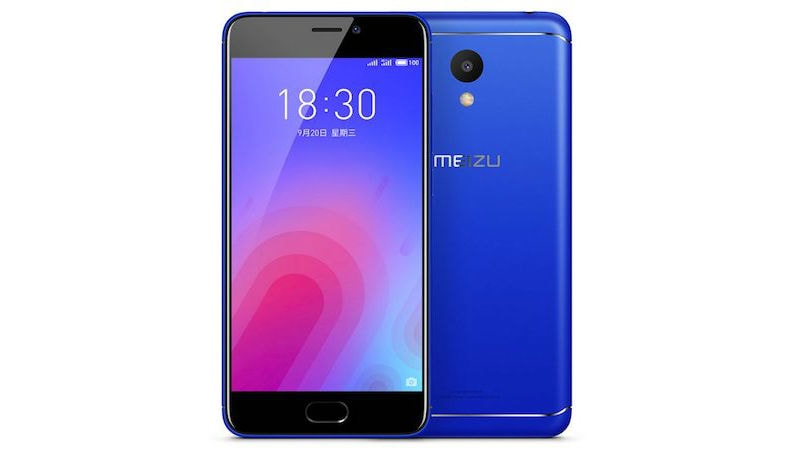 Meizu has unveiled the successor to last year's M5 with the launch of the Meizu M6 in China on Wednesday. The newly launched budget smartphone looks to be a minor upgrade over its predecessor, and carries forward the same notable features such as 4G VoLTE, hybrid dual SIM support, and an octa-core processor, among other things. The smartphone has been priced starting at CNY 699 (roughly Rs. 6,800) for the 2GB + 16GB variant and CNY 899 (roughly Rs. 8,800) for the 3GB + 32GB option, which is similar to the pricing of the M5.

As far as design is concerned, the Meizu M6 looks fairly similar to the M5, especially on the front. The most noticeable change comes on the rear where you can see silver metallic lines now along the top and bottom. Like its predecessor, the M6 comes with a polycarbonate body with a metal frame around, and features an mTouch fingerprint sensor under the home button on the front.

Similarities continue as the new Meizu M6 sports the same 5.2-inch HD (720x1280) display with 2.5D curved glass on top as the M5. It is also powered by the same octa-core MediaTek MT6750 processor with Mali T860 GPU that powered the M5. The Meizu M6 comes in two variants - one with 2GB of RAM and 16GB of inbuilt storage and another with 3GB of RAM and 32GB of internal storage, both of which are expandable via a microSD card (up to 128GB). The smartphone runs on Flyme OS 6.0 based on Android 7.0 Nougat.

In the camera department, the Meizu M6 gets a 13-megapixel rear camera with 4-color RGBW flash, PDAF, and an f/2.2 aperture. The front camera has been upgraded this tie around with an 8-megapixel sensor compared to the 5-megapixel camera on the M5.