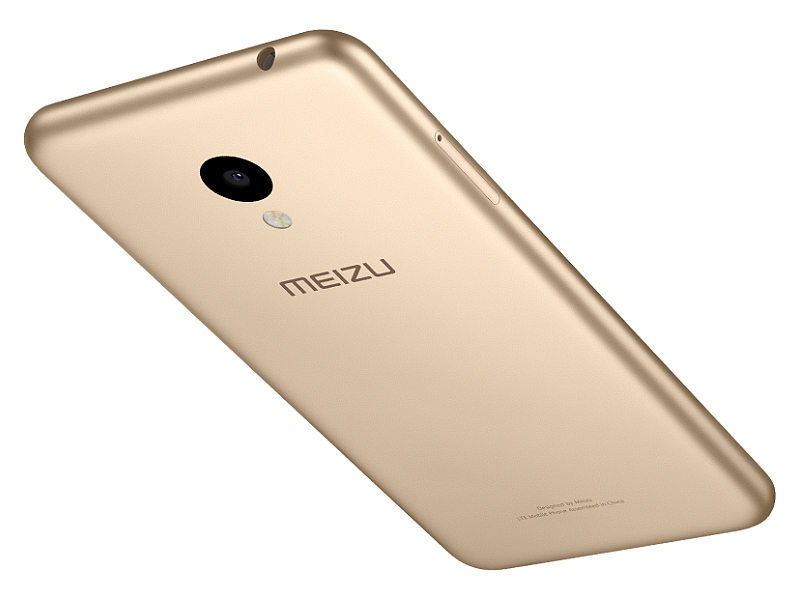 The dual-SIM Meizu m3 runs the custom Flyme 5 OS, based on Android 5.1 Lollipop. It features a 5-inch HD (720x1280 pixel) display with a pixel density of 296ppi, and Schott Xensation cover glass for protection. The m3 is powered by an octa-core MediaTek MT6750 SoC (4 Cortex-A53 cores clocked at 1.5GHz, and 4 Cortex-A53 cores clocked at 1GHz), coupled with either 2GB or 3GB of LPDDR3 RAM.

The m3 bears a 13-megapixel rear camera with an f/2.2 aperture, LED flash, and phase detection autofocus (PDAF). It also bears a 5-megapixel front-facing camera with an f/2.0 aperture. The smartphone comes in 16GB and 32GB inbuilt storage variants, expandable via microSD card via the hybrid dual-SIM slot. The smartphone supports 4G LTE connectivity, though band information has not been provided - making it uncertain if the China variants support Indian LTE bands.

Other connectivity options of the Meizu m3 include Wi-Fi 802.11 a/b/g/n, Bluetooth 4.0, GPS/ A-GPS with Glonass. The smartphone is powered by a 2870mAh battery, weighs 132 grams, and measures 141.5x69.5x8.3mm. Onboard sensors include accelerometer, gyroscope, ambient light, and a magnetometer.

The Meizu m3 will be available in Gold, Grey, White, Blue, and Pink colour variants, and features a moulded polycarbonate body. For now, no details have been provided about availability in countries apart from China