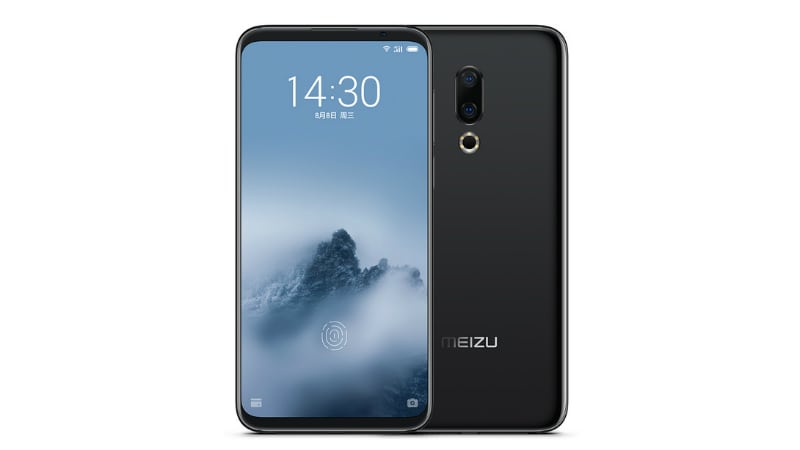 Chinese phone maker Meizu is all set to make a comeback in the Indian market with a launch event scheduled for December 5 in New Delhi. Meizu will launch its latest smartphones - the flagship Meizu M16th and budget Meizu M6T - in the Indian market, Gadgets 360 has learnt, with a third mid-range phone to be launched alongside. Notably, this smartphone launch comes more than 18 months after the Meizu M5, the company's last smartphone in India, was launched back in May last year. Key features of the Meizu 16th include an in-display fingerprint sensor, a flagship Qualcomm Snapdragon 845 SoC, and mCharge fast charging support. We've also learnt the company will be rebranding the handsets to include an 'M' in front of the name.

The Meizu 6T was launched in China in May this year at a starting price of CNY 799 (around Rs. 8,000). It comes with features such as a 5.7-inch HD+ display panel, a MediaTek MT6750 SoC, a dual rear camera setup, and Face AE technology in the selfie camera. Gadgets 360 has learnt that the Meizu 6T will be launched as the Meizu M6T in India.

Unfortunately, we don't have much clarity about the third, mid-range phone that's set to launch on December 5. It may be the Meizu 16X, with a Snapdragon 710 SoC, could also be unveiled at the event in New Delhi, however this is pure speculation at this point in time. Details will be clearer at the launch event next week. This phone was launched in the Chinese market in September this year alongside the Meizu X8. This third mid-range phone due to launch in India may be the Meizu X8, but for now, details are scarce.

In terms of optics, the Meizu 16 sports a dual rear camera setup with a primary 12-megapixel sensor and a secondary 20-megapixel telephoto lens. On the front, the smartphone bears a 20-megapixel selfie camera with f/2.0 aperture and AI powered face unlock capabilities. There is a 3,010mAh battery with support for mCharge fast charging.

The dual-SIM (Nano) Meizu 16X also runs the same Flyme OS on top of Android 8.0 Oreo, and sports a similar 6-inch full-HD+ AMOLED panel. It is powered by a Qualcomm Snapdragon 710 SoC, paired with 6GB of RAM and 64GB/ 128GB of onboard storage.

In the camera department, the Meizu 16X sports a dual rear camera setup with a primary 12-megapixel sensor and a secondary 20-megapixel telephoto sensor. On the front, it has a 20-megapixel selfie camera with AI face unlock support. It has a slightly larger 3,100mAh battery under the hood, with support for the same mCharge technology.