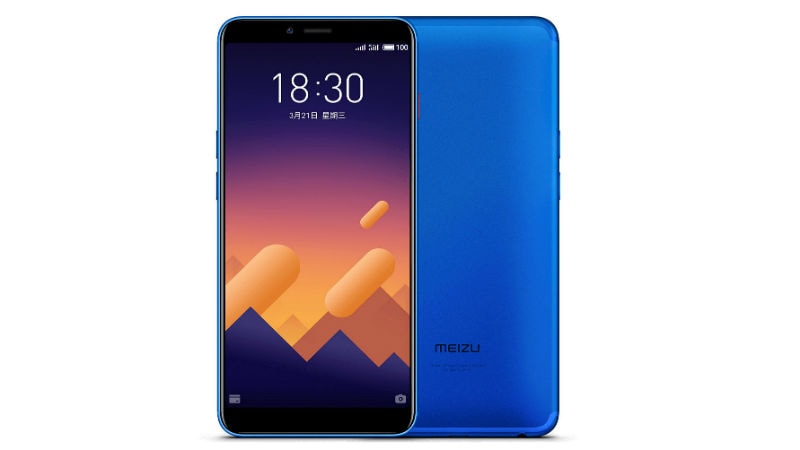 Meizu E3 is the company's latest handset that it has launched in China. While the smartphone packs some top-of-the-line specifications, the price is relatively low. The major USPs of the new Meizu phone are an 18:9 display, Snapdragon 636 processor, 6GB of RAM, and a dual-camera setup. The Meizu E3 will be open for pre-orders on March 26 in China, and shipping will start on March 31. The handset will come in three colour options — Champagne Gold, Black, and Blue.

In terms of pricing, the 64GB variant of the Meizu E3 is priced at CNY 1,799 (roughly Rs. 18,500), while the 128GB one costs CNY 1,999 (roughly Rs. 20,600). Interestingly, the company also launched a limited edition Meizu E3 J-20. This variant costs CNY 2,499 (roughly Rs. 25,700). Meizu E3 J-20 Collector's Edition is a customised limited edition model named after the Chengdu J-20 fighter aircraft that is developed by China. This variant comes in a Black Stone colour model and only the 6GB RAM/ 64GB internal storage model is available. Other specifications are the same as that of the standard variant of the handset.

The phone comes in two options in terms of inbuilt storage - 64GB and 128GB - expandable via microSD card (up to 128GB). The Meizu E3 is powered by a 3360mAh battery. Connectivity options include 4G VoLTE, WiFi 802.11 a/b/g/n, Bluetooth 5.0, GPS, AGPS, and GLONASS. Sensors onboard are an accelerometer, compass, ambient light sensor, pressure sensor, gravity sensor, and proximity sensor. The Super mBack fingerprint sensor is placed on the side panel. In terms of dimensions, the Meizu E3 measures 156.8x75x7.6mm and weight is 160 grams.