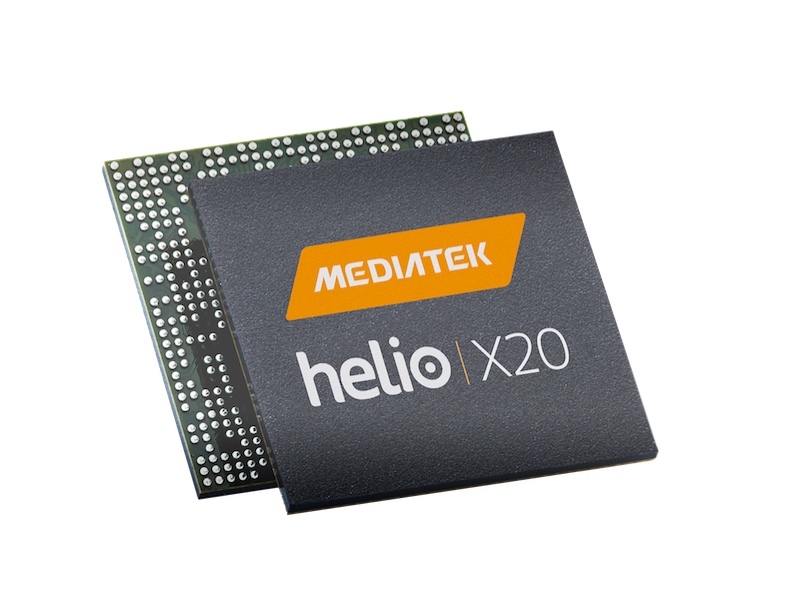 MediaTek says its deca-core Helio X20 SoC will hit the market next month. The announcement comes ten months after the Helio X20 was first unveiled. On the sidelines, MediaTek also unveiled a slightly improved and more powerful Helio X25 SoC.

The Taiwanese chipmaker is finally ready to ship its Helio X20, which directly competes with Qualcomm's newest flagship SoC, the Snapdragon 820. The Snapdragon 820 was first unveiled in August last year, and only began to ship on some smartphones recently.

Other technical specifications of the Helio X20 include one cluster of two ARM Cortex-A72 cores (clocked at 2.5GHz for extreme performance), and two clusters of four ARM Cortex-A53 cores (one cluster clocked at 2GHz for medium loads, one clocked at 1.4GHz for light activities). A Helio X20-equipped smartphone can support a refresh rate of 120Hz, up to 32-megapixel single camera with 24fps and 25-megapixel with 30fps, and support 10-bit colour depth, HEVC and VP9 HW decoding.

The company also announced the Helio X25 at the media conference. Interestingly, a reported outed the existence of the SoC model earlier this week, claiming that an upcoming smartphone named Meizu Pro 6 will be exclusively powered by Helio X25. It added that Helio X25 will be available soon after the Helio X20. The Helio X25 SoC offers minimal upgrade over the X20. For instance, it is clocked at 2.5GHz instead of 2.3GHz, and offers GPU with 850MHz instead of 780MHz.