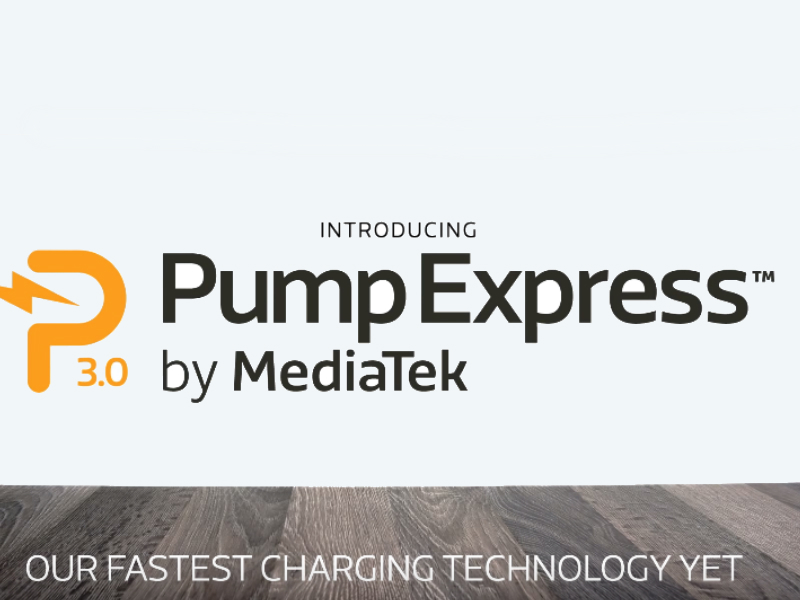 Just like all the fast charging tech out there, MediaTek has one of its own - Pump Express. Its latest avatar, Pump Express 3.0, was announced at Computex 2016 - and brings higher charging speeds, higher charging efficiency, and lower smartphone temperatures when charging.

MediaTek Pump Express 3.0 can charge up to 70 percent of a smartphone battery in 20 minutes, MediaTek claims. Five minutes of charging will enable talk time that can last up to 4 hours, it added. It further asserts that the new tech almost twice as fast as competing solutions currently on the market and five times faster than conventional charging. It supports high electric current at more than 5 Amps, and low impedance.

Furthermore, MediaTek Pump Express 3.0 brings along the ability to send current from the adapter directly to the battery. The most common reason of heating up of phones during charging, was because the electricity that passed through the another circuit before reaching the smartphone. MediaTek is calling this Direct Charging, and claims that it is the world's first to enable direct charge through USB Type-C power delivery.

MediaTek has also introduced additional several safety measures to avoid overheating of smartphones and adapters. The Pump Express 3.0 tech will be shipped with MediaTek Helio P20 series. Smartphones with this tech are expected to hit the market by end of 2016.