It is unclear when Helio P65-powered phones will hit the market. 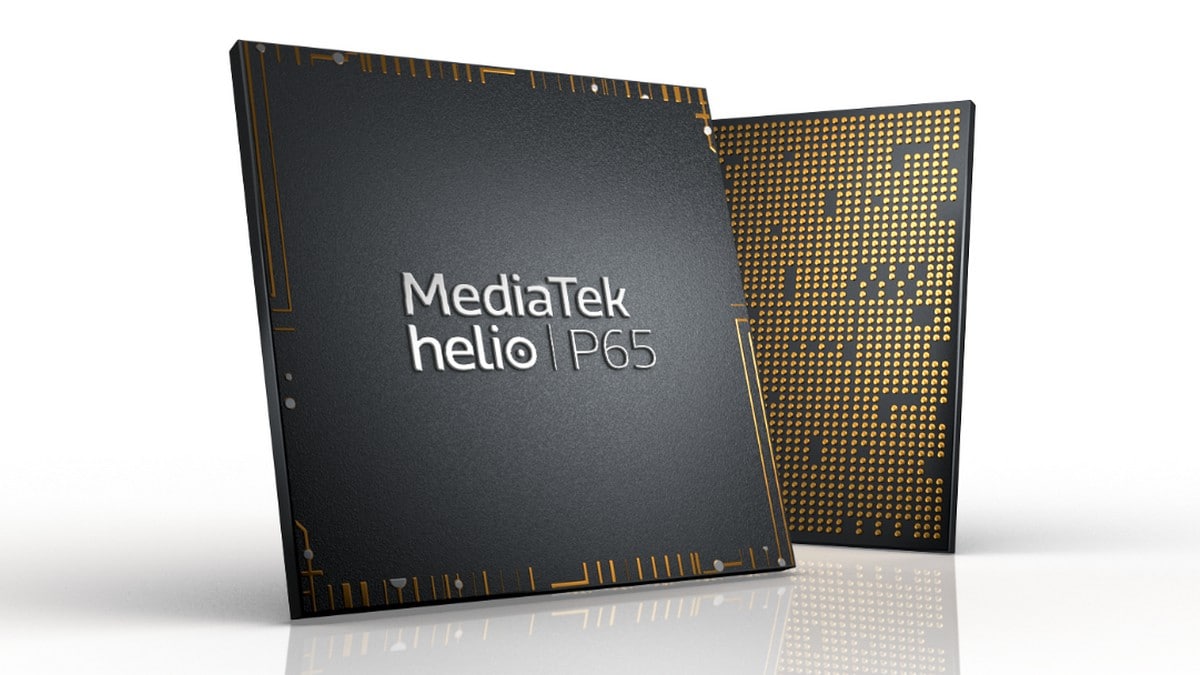 MediaTek has unveiled a new SoC for mid-range smartphones – the Helio P65. The new Helio P-series chipset is an improvement over the MediaTek Helio P60 and claims to offer a better gaming experience and 25 percent faster performance compared to alternatives from rival chipmakers. The octa-core Helio P65 brings a 100 percent boost in AI performance and a 30 percent improvement in AI-assisted camera tasks like scene recognition, scene detection, and application of bokeh effects. The new MediaTek SoC also offers support for 48-megapixel camera sensors, alongside improvements to security features.

The MediaTek Helio P65 SoC employs two high-performance Cortex-A75 cores clocked at up to 2.0GHz and six Cortex-A55 cores for handling day-to-day tasks. The new MediaTek SoC employs the company's own CorePilot resource control system, which is claimed to deliver consistent performance while gaming. Talking about gaming, the graphics are handled by the Mali-G52 GPU with a peak frequency of 820MHz.

MediaTek claims that the Helio P65 comes with the most accurate GNSS and positioning engine ever used in a chipset by the company. The octa-core chipset has support for up to 8GB of RAM and a maximum display resolution of 2520x1080 pixels. The Helio P65's connectivity suite includes dual 4G VoLTE, Wi-Fi 802.11 a/b/g/n/ac and Bluetooth 5.0 and FM radio. However, there is no word when phones powered by the Helio P65 SoC will make it to the market.