MediaTek Helio P22 SoC With Support for Dual Cameras, Up to 20:9 Displays Launched for Affordable Smartphones 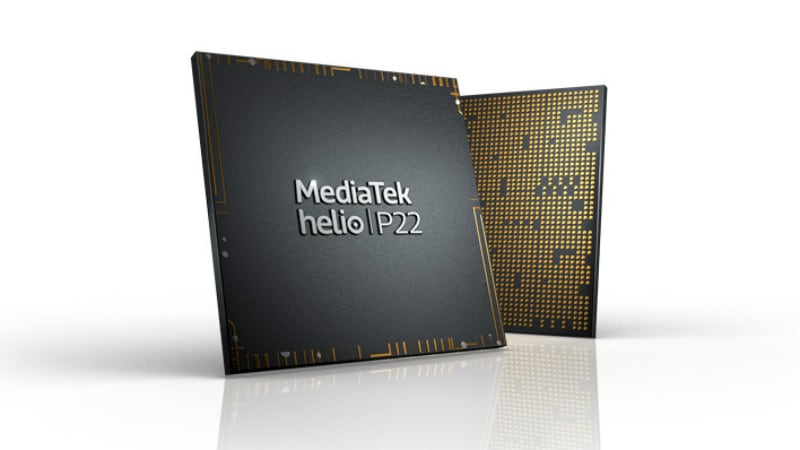 MediaTek Helio P22 was launched on Tuesday. The new system-on-chip (SoC) is specifically designed for next-generation affordable smartphones. Touted to be the first to bring the 12nm manufacturing process to the budget smartphone market, the new SoC has ARM Cortex-A53 processing units, supports dual camera setups as well as artificial intelligence (AI) enhancements through MediaTek NeuroPilot. The chip also has 4G LTE on two SIM cards as well as 802.11ac for high-speed Internet access. Smartphones with the Helio P22 will hit the market by the end of second quarter this year, though its volume production has already been kicked off.

Unlike the Helio P60 that debuted at MWC 2018 earlier this year for mid-range smartphones, MediaTek Helio P22 is targeted at budget smartphones. Thus, the new SoC has eight cores of ARM Cortex-A53 that can be clocked at up to 2.0GHz. There isn't a dedicated AI unit, but the company claims that the SoC will support common AI frameworks, including TensorFlow, Caffe, and Caffe2, and come with an auto-select function to support advanced features such as Face Unlock, and a Bokeh mode. Further, there is hardware-driven dual-camera support for a combination of 13-megapixel and 8-megapixel sensors alongside 30 FPS (frames per second) frame rate.