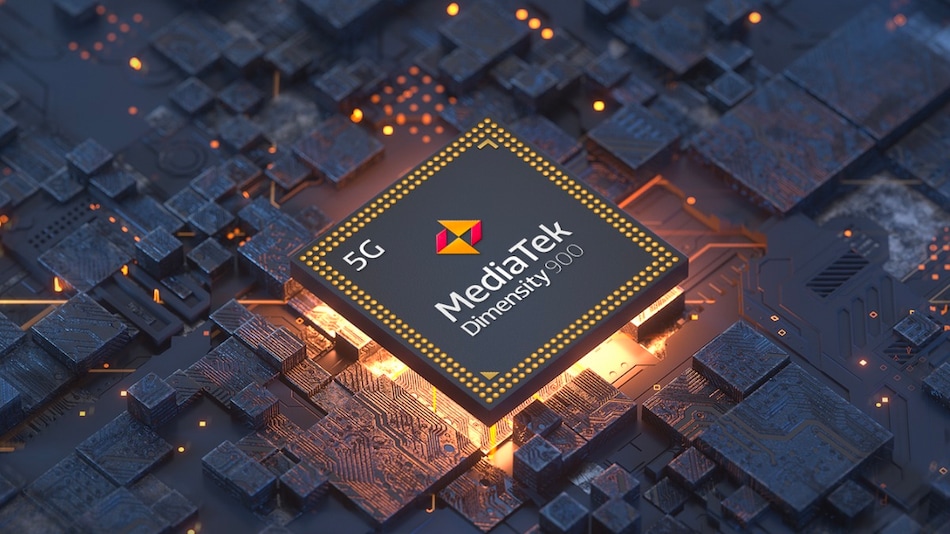 MediaTek Dimensity 900 was launched on Thursday as the company's latest 5G mobile SoC, and it is based on a 6nm architecture like the Dimensity 1100 and Dimensity 1200. The new SoC is a quad-core chip with third generation MediaTek APU AI. It has the integrated Arm Mali-G68 MC4 GPU for handling graphically intensive tasks. The MediaTek Dimensity 900 is a successor to the MediaTek Dimensity 820 SoC that is based on 7nm architecture and the new chip brings quite few improvements over the older chip. It has been designed for mid-range smartphones but it is unclear which smartphone will be the first to bear the new SoC.

As mentioned earlier, the newest SoC in MediaTek's Dimensity lineup is based on a 6nm process which makes it 8 percent more efficient compared to the 7nm SoCs, as per the company. It has an octa-core setup with two ARM Cortex-A78 cores clocked at up to 2.5GHz and six ARM Cortex-A55 cores clocked at up to 2GHz. Graphics are handled by the Mali-G68 MC4 GPU. In terms of display support, the Dimensity 900 can do 120Hz with a full-HD+ display along with MediaTek MiraVision HDR video technology. This technology can adjust colour, brightness, contrast, sharpness, and dynamic range in a video automatically. It also supports real-time SDR to HDR conversion and enhanced HDR10+ video playback with per-frame local tone mapping.

In terms of camera support, the MediaTek Dimensity 900 can handle up to a single 108-megapixel sensor or two 20-megapixel sensors at 30fps. It also supports hardware 4K HDR video capture. It can decode 4K 30fps HEVC/H.264/VP9 video and encode 4K at 30fpps HEVC/H.264. The new 5G SoC can support both LPDDR5 and LPDDR4X RAM as well as UFS 3.1 storage.

For connectivity, it comes with Wi-Fi 6 (2x2 MIMO), Bluetooth v5.2 support, and Multi-GNSS L1+L5. MediaTek says it delivers faster Wi-Fi 6 with better signal quality from 2x2 antenna. In terms of 5G connectivity, it can allow dual 5G SIM cards and download speeds up to 2.7Gbps. It also supports the latest VoNR services.

Apple User Mailed an AirTag to See if You Can Track It on the Move. Here's What He Found
Xiaomi FlipBuds Pro TWS Earbuds With Active Noise Cancellation, Up to 28 Hours of Battery Life Launched