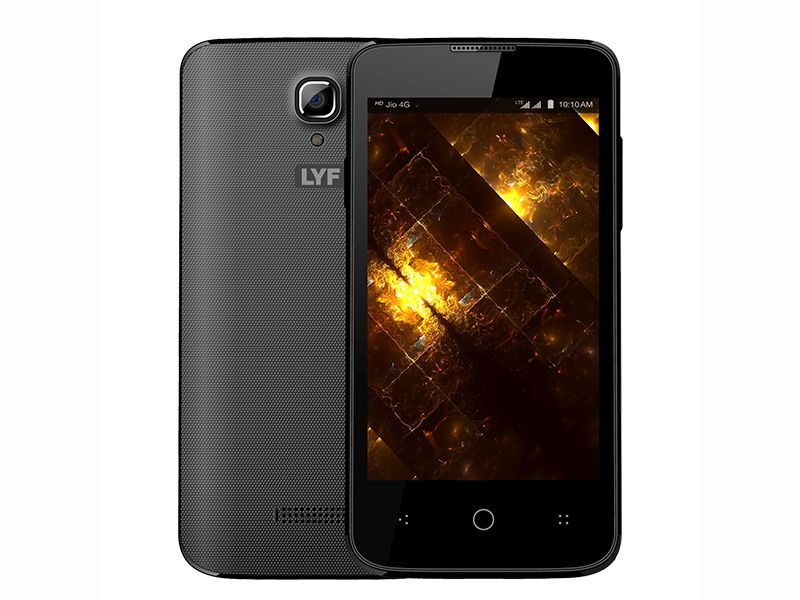 Reliance Retail's Lyf brand is on a launching spree and has now introduced the new Flame 5 smartphone in India. Priced at Rs. 3,999, the new Lyf Flame 5 will be available via offline stores such as Reliance Digital and others in its Black colour variant. The Lyf Flame 5 launch comes merely weeks after the launches of the Wind 1 and Water 7 smartphones.

The Android 5.1 Lollipop-based Lyf Flame 5 supports two SIM cards (regular SIM and Micro-SIM), and while both slots are 4G enabled, only one card slot supports 4G at a time, with the second slot only supporting 2G. The Lyf Flame 5 features a 4-inch (480x800 pixels) display with a pixel density of 233ppi and Asahi Dragontrail Glass. It is powered by a 1.5GHz quad-core processor coupled with a Mali 400 MP2 GPU, and 512MB of RAM. The smartphone sports a 5-megapixel rear autofocus camera, and a front 2-megapixel camera. There is an LED flash at the back panel. The rear camera comes with HDR, Panorama, face detection, smile shutter, burst mode, and slow motion video features. The handset packs 4GB of built-in storage, which is expandable via microSD card (up to 32GB).