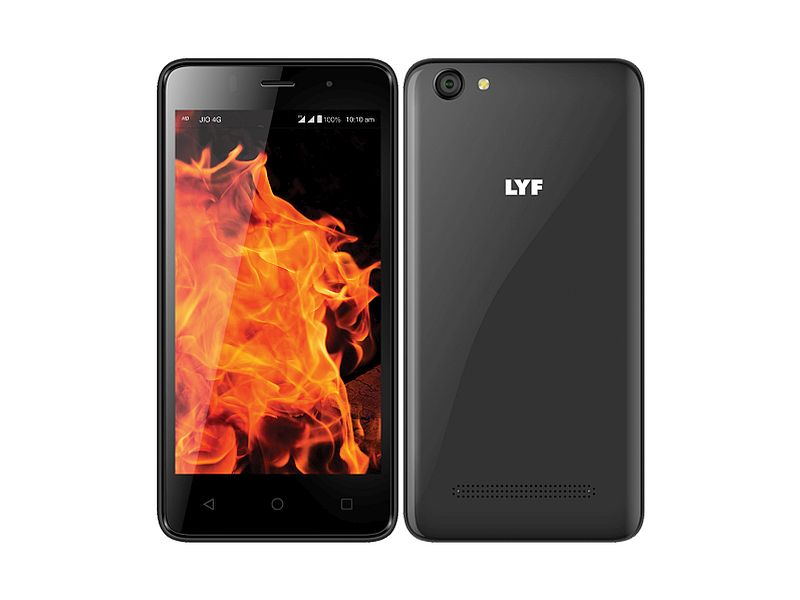 Reliance Retail's fourth Lyf-branded smartphone, the Flame 1, has been introduced by the company. Priced at Rs. 6,490, the Lyf Flame 1 smartphone is now listed on the company's online store, the Reliance Digital. Unfortunately, there is no word on the availability of the handset as of now.

The company has so far unveiled three Lyf branded phones namely the Lyf Earth 1, Water 1, and Water 2 smartphones. The Lyf Flame 1 is also now the most affordable Lyf-branded smartphone from Reliance Retail. The phone will be available in Black, Red, and White colour variants.

The Lyf Flame 1 sports a 5-megapixel rear camera with LED flash. There is a 5-megapixel front-facing camera also on board, which can be considered the highlight of the handset at this price point. Some of the camera features on the Lyf Flame 1 include face detection, blink detection, and smile detection modes. Connectivity options include GPRS/ EDGE, 3G, GPS, Bluetooth, Wi-Fi, and Micro-USB.

Reliance Jio's 4G services are expected to be launched in February, according to recent news reports.