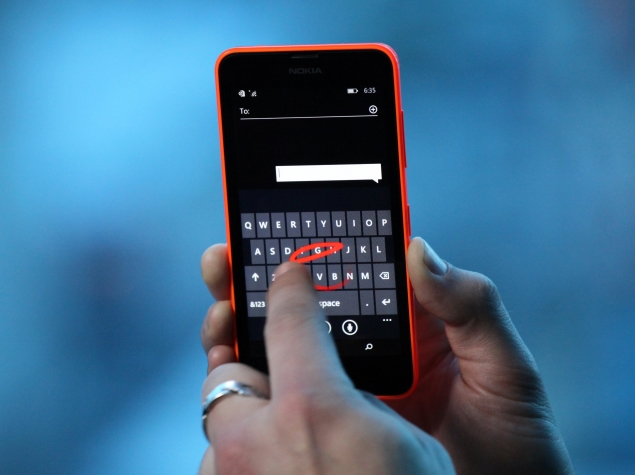 The Lumia 635, announced at Microsoft's Build conference, has finally gone on sale in parts of Europe and APAC at a recommended retail price (RRP) of $189 (Rs. 11,384 approximately) excluding taxes and subsidies.

It is powered by a 1.2GHz quad-core Snapdragon 400 processor clubbed with 512MB of RAM. It packs 8GB of inbuilt storage which is further expandable up to 128GB (via microSD card). The Lumia 635 sports a 5-megapixel autofocus rear camera without flash. Notably, it features 4G LTE support in addition to 3G, Wi-Fi 802.11 b/g/n, GPS with A-GPS, GPRS/ EDGE, Micro-USB, and FM radio connectivity.

The smartphone is backed by an 1830mAh battery that is rated to deliver up to 12 hours of talk time and up to 648 hours of standby time. The Nokia Lumia 635 will come preloaded with WhatsApp, WeChat, Nokia Camera, HERE Maps, and free Nokia MixRadio apps. It also has the 'SensorCore' low-power sensing feature, meant for 'the next generation of exercise and exploration apps' like Bing Health and Fitness.

The other two devices launched alongside Lumia 635 were the Lumia 930 and the Lumia 630 (along with its dual-SIM variant). The Lumia 630 is identical to the Lumia 635, except that it features 4G LTE connectivity in addition.