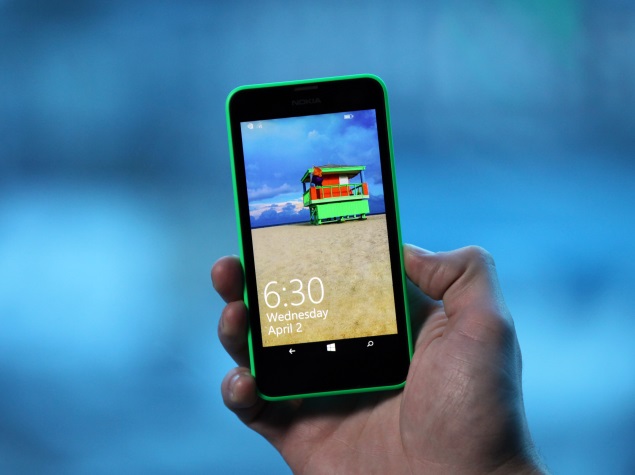 Microsoft at the India launch event had announced that the Lumia 630 Dual SIM and the Lumia 630 single SIM will be officially available starting Wednesday. However, the official India e-commerce site of the company does not list the single SIM variant of the Lumia 630.

Notably, the Lumia 630 and Lumia 630 Dual SIM come with identical specifications, except that the latter supports dual-SIM (GSM+GSM). The specifications of the Lumia 630 Dual SIM include a 4.5-inch FWVGA (480x854 pixels) ClearBlack LCD display with Gorilla Glass 3 and a pixel density of 221ppi; a 1.2GHz quad-core Snapdragon 400 processor with 512MB of RAM; 8GB of built-in storage; a 5-megapixel rear autofocus camera; no front-facing camera, and a 1830mAh battery. MicroSD card storage expansion of up to 128GB is also supported.

It also comes preinstalled with the 'SensorCore' low-power sensing feature, meant for 'the next generation of exercise and exploration apps' like Bing Health and Fitness.