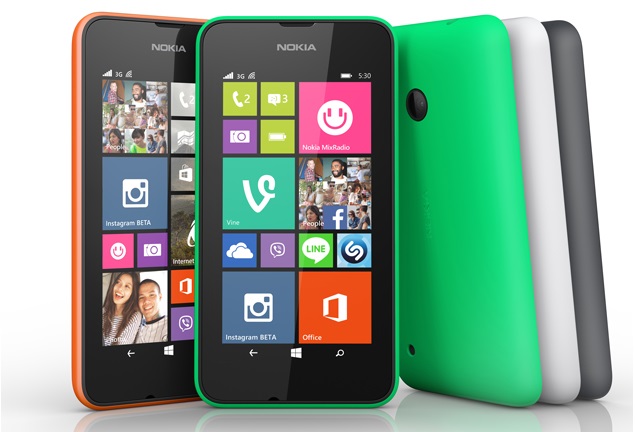 Engadget China reports that the Lumia 530 is now available at leading online retailers as well as physical stores in the country. Microsoft, while announcing Lumia 530 last month, had revealed that the handset will be rolled-out in select markets starting August.

The Lumia 530 was launched alongside its dual-SIM variant, Lumia 530 Dual SIM. Both the handsets come with identical specifications, except that the latter supports dual-SIM functionality. Suggested pricing by Microsoft was EUR 85 (roughly Rs. 6,900), before taxes and subsidies.

Unfortunately, there is no official word from Microsoft when the handset will be reaching other markets, including India. Notably, the official Nokia India website now lists the Lumia 530 Dual SIM, hinting that we might only see the dual-SIM variant launched in India - and soon.

The Lumia 530 comes with 4-inch FWVGA (480x854 pixels) LCD display that offers a pixel density of 246ppi. It is powered by a 1.2GHz quad-core Qualcomm Snapdragon 200 alongside 512MB of RAM. It sports a 5-megapixel fixed focus rear camera and also comes preloaded with digital camera add-ons such as Bing vision, Nokia Camera, and Nokia Glam Me.

The new Lumia smartphone includes 4GB of inbuilt storage which is further expandable up to 128GB via microSD card. The Lumia 530, much like other Lumia handsets, comes with 15GB free OneDrive cloud storage space. The smartphone measures 119.7x62.3x11.7mm and weighs 128 grams.