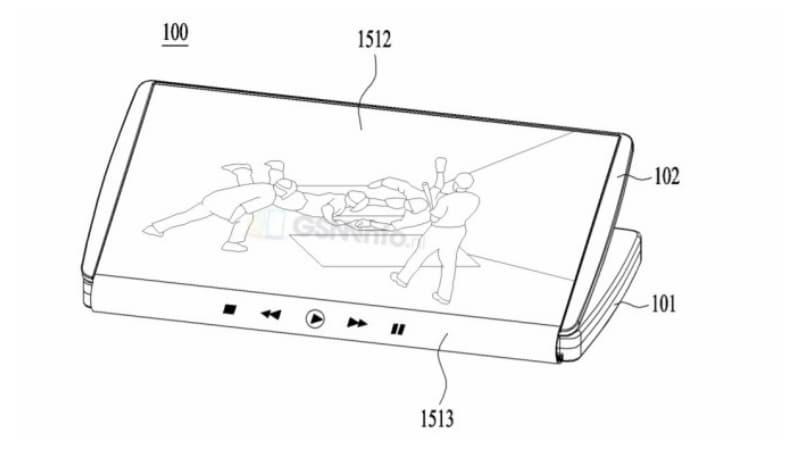 This year looks promising as far as disruption in the mobile space is concerned. The dream of a foldable phone in the commercial market may finally come true, what with Samsung, Nokia, and Microsoft all reported to be working on one. LG is expected to launch a similar device in the fourth quarter, and has filed a patent for its 'version' of a smartphone-to-tablet foldable device.

GSMInfo was the first to spot this patent filing, and the photos attached show LG's vision for its first foldable smartphone. The device is expected to be essentially a merger of two distinct parts. When in smartphone mode, both the parts sit one behind the other with the smaller screen at the back, and the regular smartphone screen at front. The rear camera employed at the back, where the smaller screen resides, will allow you to take selfies from the back camera as well. Once the device is opened up from the hinge, it transforms into tablet mode.

This is similar to the Nokia patent, except that the Nokia device had the same dimension screens on both sides of the hinge, and looks somewhat like a pocket mirror. Microsoft's upcoming Surface Phone is also tipped to be a foldable phone, and its patent leak reveals that the company is envisioning a smartphone that opens up to form a tablet-like larger display.

Samsung might also be launching its first foldable smartphone as early as Q3 this year. It seems like the Korean tech giant is looking to fire on all cylinders as it has been tipped to roll out more than 100,000 units of fold-out devices in the third quarter.