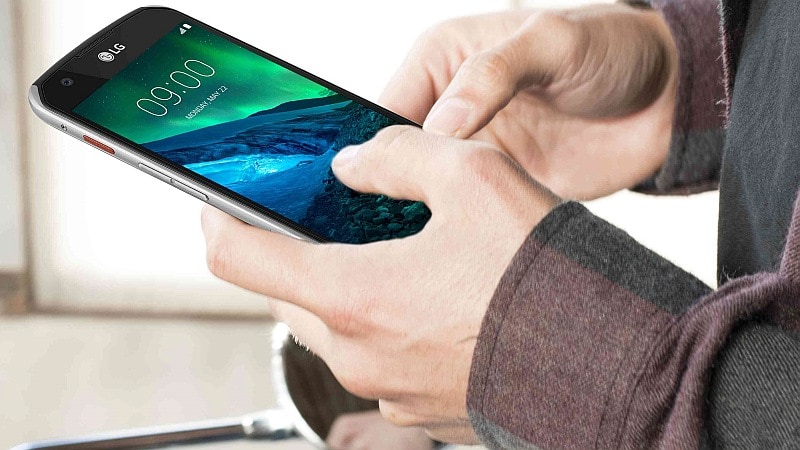 LG on Monday announced the launch of a new rugged smartphone, the X venture. The company says the smartphone will start becoming available in North America, parts of Europe, Asia, Africa, the Middle East, and Latin America from Monday itself. Local pricing for the LG X venture will be announced by the company for each region at the time of availability.

The LG X venture is a rugged 'mass-tier' smartphone that the company says has passed 14 different MIL-STD 810G tests designed for the US military, with resistance to extreme temperatures, shock and water. With IP68 certification for dust and water resistance, LG says it can be immersed in up to 1.5 metres of water for up to 30 minutes.

Calling it a tough adventure companion device, LG says the X venture comes bundled with the Outdoor Essentials app (seen below), designed to provide “six useful tools in a single application.” It features a barometer, compass, activity counter (steps/calories/distance), exercise tracker, weather reporter, and flashlight. The phone sports a metal frame and a non-slip back cover and will be available in Black and Brown colour variants.

Another LG X venture feature being touted by the company is the inclusion of three physical keys apart from the QuickButton on the side – mean to allow for easier interaction with the phone while wearing gloves or in wet or muddy environments. A short press brings up Outdoor Essentials, a long press brings up settings, and a double press brings up Glove Mode. The QuickButton can also be customised to launch an application and works even when the screen is off.

LG says the X venture brings several features from its flagship G and V series smartphones, including a fingerprint sensor, and a 120-degree wide angle front camera (5-megapixel). It sports a 16-megapixel rear camera with flash. The company is also touting the "heavy-duty, high-capacity" 4100mAh non-removable battery that is rated to provide up to 24 hours of usage, and, supports Quick Charge 2.0, going from empty to 50 percent in 48 minutes.

As for the other specifications – the LG X venture runs Android 7.0 Nougat, and sports a 5.2-inch full-HD (1080x1920 pixels) display with a pixel density of 423ppi. It is powered by an octa-core Qualcomm Snapdragon 435 SoC coupled with 2GB of RAM. The phone comes with 32GB of inbuilt storage that can be expanded via microSD card (up to 2TB). Connectivity options include 4G LTE, Wi-Fi, GPS/ APS, Bluetooth v4.2, NFC, FM radio, and a Micro-USB port. Sensors on the phone include an accelerometer, ambient light sensor, barometer, compass, gyroscope, and proximity sensor. It measures 154x75.8x9.29mm and weigh 166.5 grams.

Juno Cho, president of LG Electronics Mobile Communications Company, commented on the launch in a press statement, "Consumers with active lifestyles want devices that they don’t need to coddle or worry about when they’re on the go. But the LG X venture isn’t a ruggedised phone that makes sacrifices. Its long list of features, long battery life and excellent photo capabilities makes it the ideal companion for customers who wants a phone that works anytime, anywhere."