LG Wing will be launched at a virtual event on September 14. 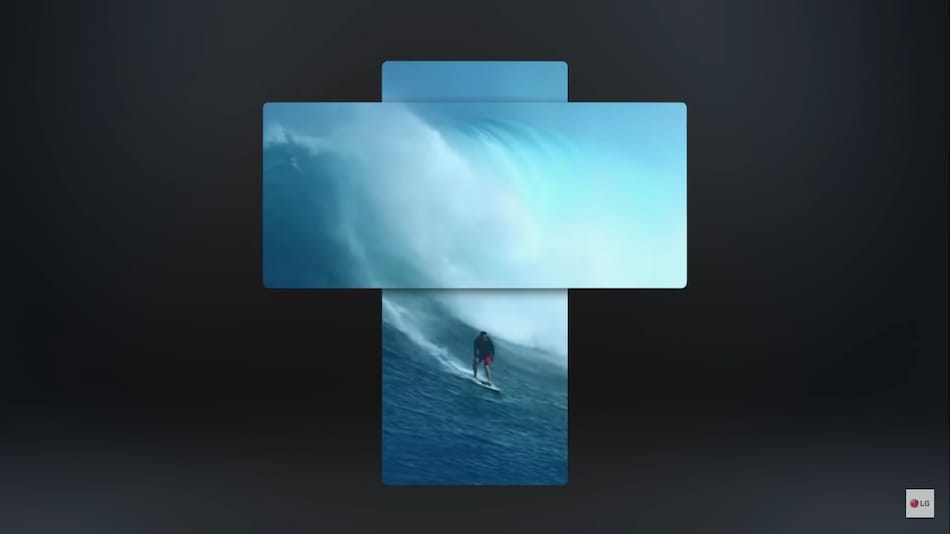 LG Wing, the upcoming dual-display smartphone, has been confirmed to be the first product to be launched under the company's Explorer Project. The project aims to discover new ways to interact with mobile phones. Last week, LG reportedly narrowed down the name of the upcoming phone to be either LG Wing or LG Swing. Now, the South Korean tech giant confirmed that it is going ahead with the former. Given the phone's unique new form factor, the LG Wing has been subject to several rumours to date. It is set to be unveiled on September 14.

LG announced in an official release that the LG Wing will be the first phone to be launched under the company's new mobile category, the Explorer Project. The project looks at bringing in new smartphones that offer a distinctive and unexplored usability experience.

Although LG has not announced any further details on the upcoming smartphone, it is expected to reveal all key information at LG Wing's launch event on September 14 at 10am EDT (7:30pm IST). The virtual event will take place on LG Mobile's official YouTube channel and its Facebook page.

LG Wing is a dual-display phone, where the secondary display swings out to form a “T” shape. Owing to its distinctive form factor, the phone has created a lot of buzz on the social media, with several rumours cropping up around it. Last month, a leaked video offered a first look into the T-shaped screens in action. The LG Wing can be seen mounted on a phone holder in a car. Seen in a vertical position, the primary screen showed navigation details. On the other hand, the secondary screen that is in a horizontal position behind the main display showed a music player running on it simultaneously. The video also showed that when an incoming call came, the main screen continued to display navigation information while the second screen allowed the user to answer the call.

Earlier this month, LG shared a 30-second video teasing the phone's rotating display design. The phone is expected to feature a 6.8-inch primary display and a 4-inch secondary display with 1:1 aspect ratio. LG wing may be powered by a Qualcomm Snapdragon 765G SoC and may feature triple rear cameras. It may carry a price tag of $1,000 (roughly Rs. 73,470).