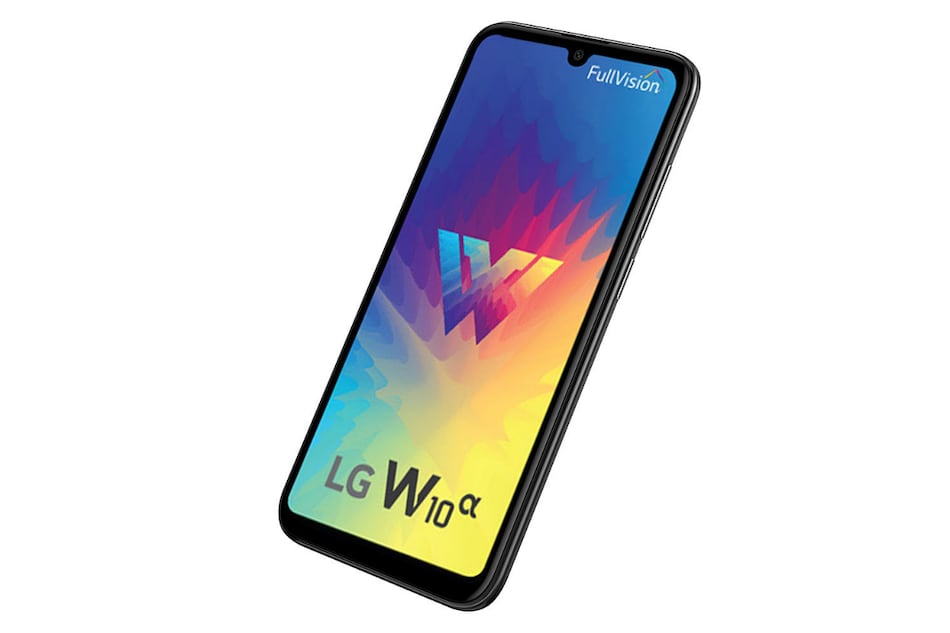 LG W10 Alpha has debuted in India as the company's latest budget smartphone. The new smartphone, which is a part of the LG W series that was originally launched in the country in June last year, comes with an octa-core processor and features a RainDrop Notch (company speak for waterdrop-style display notch). The LG W10 Alpha also comes with the company's proprietary 2D Arc Design and includes artificial intelligence (AI) based camera features. LG claims that its newest offering has the power to deliver up to 10 days of standby time. Similar to the competition, the LG W10 Alpha also comes with an AI Facial Unlock feature that appears to use the front-facing camera sensor to unlock the device.

The LG W10 Alpha price in India is set at Rs. 9,999 for the 3GB RAM + 32GB storage configuration, as listed on the LG India site. The smartphone comes in only Black colour option. Moreover, it is likely to be available for purchase through offline retail stores in the country.

Gadgets 360 has reached out to LG India for clarity on the launch of the LG W10 Alpha and understand its availability. This space will, therefore, be updated as and when the company responds.

The dual-SIM (Nano) LG W10 Alpha runs Android 9 Pie and features a 5.7-inch HD+ (720x1520 pixels) Raindrop Notch display with 19:9 aspect ratio. The smartphone is powered by the octa-core Unisoc (previously Spreadtrum) SC9863 SoC that is clocked at 1.6GHz, paired with 3GB of RAM. There is a single, 8-megapixel camera sensor at the back along with an autofocus lens and an LED flash. For selfies, the phone comes with an 8-megapixel camera sensor at the front.

On the storage front, the LG W10 Alpha has 32GB of onboard storage that is expandable via microSD card (up to 128GB). Connectivity options on the phone include 4G VoLTE, Wi-Fi, Bluetooth v4.1, GPS/ A-GPS, and Micro-USB. In terms of sensors on board, the handset has a proximity sensor. There is a 3,450mAh lithium-polymer battery.