LG Velvet will come with a waterdrop-style notch on the front, housing the selfie camera. 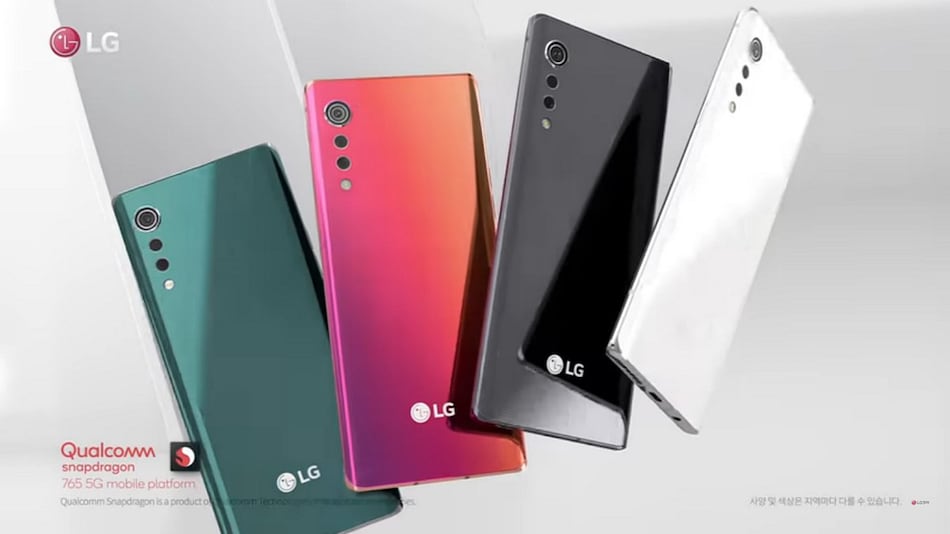 LG has been working on refreshing its lineup of smartphones and the company recently announced that the first device in the series will be the LG Velvet. Now, LG has shared a video on YouTube showing off the upcoming phone's design and also confirming the chipset inside. The video showcases the camera layout for front and rear sensors, as well as the colour options for the upcoming LG Velvet. However, there is no announcement for pricing and availability as of yet.

The short 35-second video released by LG on its official Korean YouTube channel starts off with a water droplet or raindrop turning into the primary camera signifying the “'Raindrop' camera” LG previously teased in its blog post. Notably, the primary camera is slightly raised from the body of the phone while the other two sensors are flush with the back. The secondary and tertiary cameras, as well as the flash, are placed below the primary camera in a vertical orientation.

The video also shows a curved reflective back panel with the LG branding close to the bottom of the phone. The screen is curved as well giving a symmetrical look to the phone. LG Velvet will have the volume rockers on the left side along with another button, presumably for activating Google Assistant. The power button seems to be present on the right side of the phone. On the bottom, the 3.5mm headphone jack, the USB Type-C port, and the speaker grill can be seen in the video. The SIM card tray is on the top along with the microphone and a couple antennae lines. There is a waterdrop-style notch housing the single selfie camera on the front.

The video has the Qualcomm Snapdragon 765 5G branding on the bottom signifying that the LG Velvet will use this chipset and will support 5G. Lastly, the video shows four colour options for the phone including Black, Green, White, and what seems to be a Peach coloured variant.