LG to Not Launch Foldable Phone at MWC, Will Unveil Flip-Cover Display For V50 ThinQ Instead: Reports 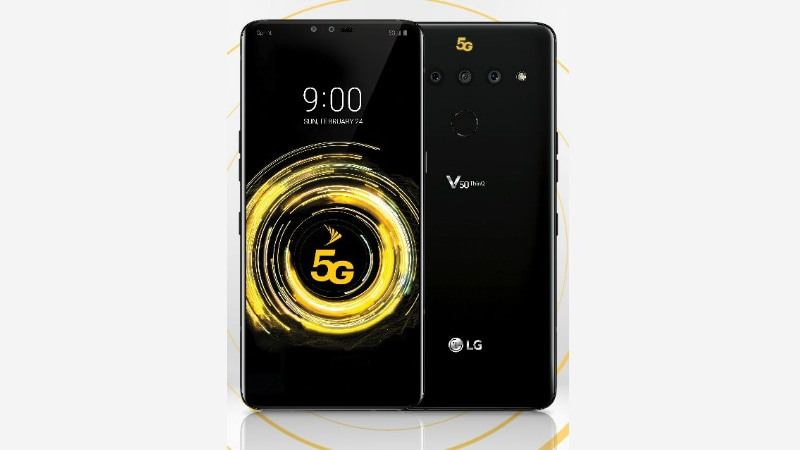 LG is set to host an MWC 2019 event on February 24, and it is expected to launch both the LG G8 ThinQ and the LG V50 ThinQ smartphones at the event. New reports now suggest that LG will not be launching a foldable device at the event due to uncertain market scenario for the segment. It will instead, reportedly launch an attachable display screen for the LG V50 ThinQ that will convert it into a tablet, if consumers want it to. A separate render leak of the LG V50 ThinQ has also been leaked revealing design details. Furthermore, in a report, an LG executive has confirmed that the LG V50 ThinQ will support 5G, while the LG G8 ThinQ will remain loyal to the LTE band.

A fresh report out of South Korea claims that LG will not be launching a foldable phone at its MWC 2019 event on February 24. LG Electronics mobile and TV head Brian Kwon says that the technology to make a phone is ready, but the company is uncertain of consumer response and would like to wait it out before launching a device like that into the market.

"During the Consumer Electronics Show in January, LG introduced a rollable TV. This is an advanced technology one step ahead of foldable technology. We have reviewed releasing the foldable smartphone when launching 5G smartphone but decided not to produce it. The market demand for smartphones is expected to be at around 1 million but LG's main issue in smartphone business is to regain its market position. Considering this situation, it is too early for LG to launch a foldable smartphone. In terms of technology, we are fully ready to respond depending on consumers' reactions (to foldable smartphones)," Kwon said to the publication.

Separately, ZDNet reports that LG will try to fill the foldable phone void by launching a new flip-cover attachable display for the V50 ThinQ smartphone. This flip-cover will help LG V50 ThinQ buyers to effectively create a "dual screen" phone. Kwon made all of these confirmations at a press conference held at the LG Science Park in Seoul last week.

Evan Blass has also leaked a render (pictured above) of the LG V50 ThinQ and it is seen to sport a wide display notch, a triple camera setup at the back, and a rear fingerprint sensor. The phone is tipped to be the Sprint 5G carrier-locked variant, and has a wallpaper with 5G written on it in bold. There's also 5G written on the back panel reiterating that the phone will support 5G.

The LG V50 ThinQ 5G is tipped to pack a 6-inch display, be powered by the Snapdragon 855 processor, and pack a 4,000mAh battery. It may also feature a vapour chamber cooling system for more efficient heat management. As for the LG V50 ThinQ 5G's market availability, it will reportedly be launched in North America and Europe in March. Moreover, it will be available from four carriers viz. SK Telecom, KT, and LG U+ in the domestic market while Sprint will handle the telecom duties for the LG V50 ThinQ 5G buyers in the United States. As for the pricing, LG's upcoming 5G smartphone will reportedly be priced between KRW 1.3 million (roughly Rs. 83,000) and KRW 1.5 million (roughly Rs. 98,800).

Renders of the LG G8 ThinQ have leaked on several occasions, and the phone is largely expected to sport a dual rear camera setup, a fingerprint scanner at the back, glossy back panel finishes in different colours, and wide notch up front. The LG G8 ThinQ will pack Crystal Sound OLED (CSO) technology that utilises the phone's OLED display as an audio amplifier. The specifications include ToF (Time-of-Flight) technology-backed front camera for more accurate 3D facial recognition and better depth estimation for bokeh effects, a 3,400mAh battery, and a 6.1-inch display with 19.5:9 aspect ratio. The phone is said to be powered by Qualcomm Snapdragon 855 SoC. The LG G8 ThinQ will allegedly be priced at CAD 1,199.99 (roughly Rs. 64,300) for the 128GB variant.

Boat Airdopes 211 True Wireless Earbuds Launched in India at Rs. 2,499
TCL May Be Working on a Foldable Smartphone That Bends Into a Smartwatch, and 4 Other Foldable Devices