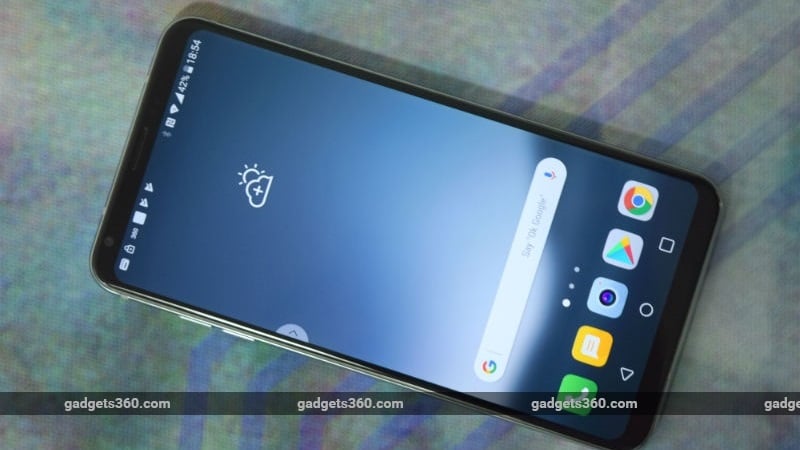 LG V30+ users have started receiving ThinQ features that were debuted on the V30S ThinQ and V30S+ ThinQ last month. The features based on artificial intelligence (AI) are said to be rolling out initially to users in South Korea through a software update, though we can presume their arrival around the globe in the coming days. The update also brings AI Camera to the LG V30+ that was launched last year as the 128GB storage variant of the V30.

The update for the LG V30+ is sized at 821MB and is rolling out for the model number V300K, as per a report by Android Police. It adds Q Lens, AI Camera, Bright Camera, Q Voice, and Google Assistant to the default camera app. All these features are a part of Vision AI and Voice AI technologies that LG previously brought to the V30S ThinQ series. Additionally, the update includes Google Drive support for downloading files larger than 4GB.

Alongside the list of new features, the update for the LG V30+ has some other improvements as well. There is an improved fingerprint recognition for KakaoBank. Also, the update fixes random restarts while charging or booting, improves call quality, and make vibration alerts for text messages and voice calls more consistent than before, as per the update changelog. The update also reportedly changes the boot screen by adding "LG V30+ ThinQ" instead of the original "LG V30".

LG's move to bring the features of its new model to its previous handset is likely to appeal existing users. However, it is interesting to see how the company would persuade new customers to buy the V30S ThinQ and V30S+ ThinQ that merely have more RAM and some additional gigabytes of storage over their predecessors.