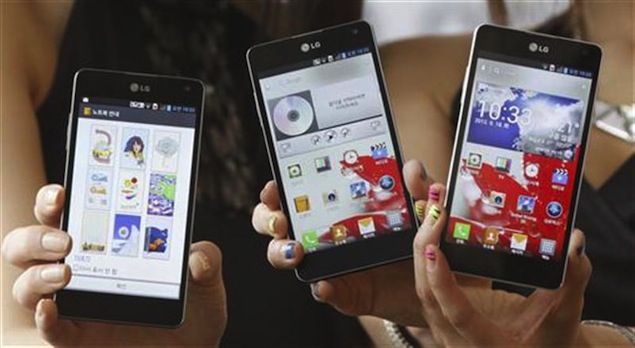 The Korean smartphone maker LG, seems to be getting act together for the upcoming Mobile World Congress (MWC) 2013. LG has ousted another teaser video for its MWC event and is hinting that the company might be launching new L, G, V and F monikers at this event.

In the past one month, LG has been throwing several teasers to build hype around its new range of smartphones. The Korean smartphone maker had posted a picture on its Facebook page that looks like a present wrapped in a bow along with the tagline "New series will be unveiled".

The company has launched its L-Series of smartphones at the last year's MWC and it was expected that it will be unveiling Optimus L3 II, Optimus L5 II and Optimus L7 II this year. However, these smartphone too have been announced already, so one will have to wait to find out if there will be any new members of the L-Series being introduced at the event.

There are also speculations doing the rounds that the G-series may refer to a new smartphone on the lines of Optimus G Pro, while the V-series could be successor to the Optimus Vu. The new series that is being hinted at is expected to be the F-series.

As per @evleaks the F-Series smartphones that will see the light of the day at MWC are LG Optimus F7 and Optimus F5. The Twitter user has also posted a picture of these smartphones.

In the past two LG had posted a teaser video about its MWC lineup, which consisted of words like "Creative", "Stylish", "Premium", "Ultimate", "Innovative", "Speedy", "Powerful" and the video ended with the tag line "unlimited possibilities".

The current video posted my LG also lays a lot of emphaises on the word 'Tag' as it mentions about "You can 'Tag' what you want" and "Tag and stand apart from others".

At the current juncture, it will be hard to predict the exact number of smartphones that LG may launch at the event. However our guess is that these smartphones will range across price segments.