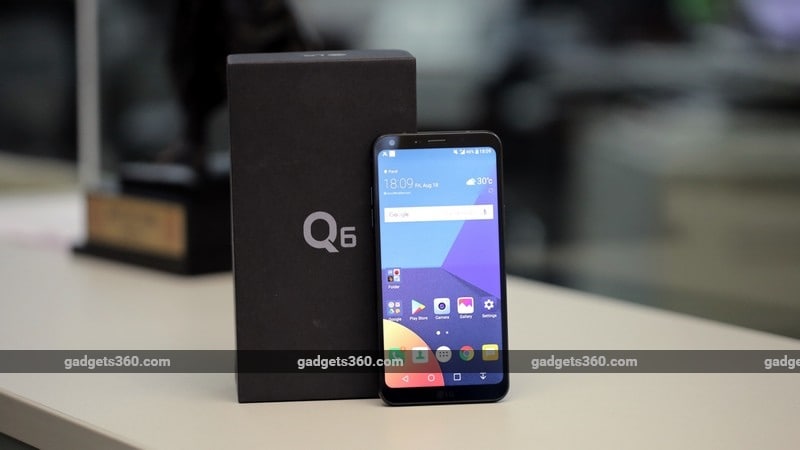 LG launched the mid-range LG Q6 in July last year, and made it available in India, shortly after, in August. The smartphone was launched running on Android 7.1.1 Nougat out-of-the-box, and while there are many devices in LG's stable that await the Oreo update, it seems that the rollout for the LG Q6 has already begun. A report from the local media in South Korea suggests that LG Q6 users of the region are receiving the Android Oreo update via OTA.

South Korean publication kbench reports that LG Q6 users in South Korea are receiving the Android 8.0 Oreo update. The update is rolling out via OTA so it may be in waves. The changelog suggests that the update brings DTS:X 3D stereo sound and new camera LED options. Now that the update has arrived for South Korea, it should roll out for users in other markets soon. There is no word on when the other smartphones in the LG Q6 series - the LG Q6a and LG Q6+ - will receive the update.

At launch, the LG Q6 was priced in India at Rs. 14,990 and has been made available only on Amazon India. The smartphone comes with face unlock feature, and the South Korean company has decided to introduce the dual-SIM variant in India. Moving to the specifications, the dual-SIM (Nano) LG Q6 runs Android 7.1.1 Nougat out-of-the-box and as mentioned earlier, features a 5.5 full-HD (1080x2160 pixels) display. The handset is powered by an octa-core Snapdragon 435 SoC coupled with 3GB of RAM. While the new smartphone shares some resemblance with LG G6 in terms of design, the company has stuck to a single rear camera at the back and front with the LG Q6.