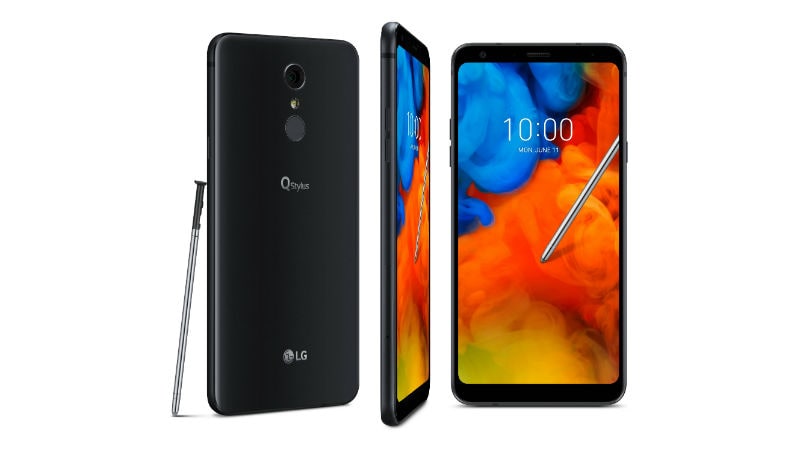 LG has launched a new mid-range smartphone - LG Q Stylus+ - in India. LG Q Stylus was introduced in June as a new smartphone series in the company's 2018 lineup. While three smartphones were initially unveiled by the South Korean company - LG Q Stylus, LG Q Stylus+, and LG Q Stylus a (aka LG Q Stylus Alpha) - only one of them has made it to the Indian market. Obviously, the smartphone comes with a stylus. The other notable features of the LG Q Stylus+ includes 6.2-inch FullVision Display, an octa-core processor, 4GB RAM, 16-megapixel rear camera, and more. Notably, LG has revealed the price in India and availability details of the Q Stylus+.

During the launch of LG Q Stylus+ in South Korea, the company had said that the smartphone will be available in one or more configurations, depending on the market. In India, the handset has arrived in a 4GB RAM/ 64GB inbuilt storage variant. The LG Q Stylus+ price in India has been set at Rs. 21,990. While the company had initially introduced three colour options - Moroccan Blue, Aurora Black, and Lavender Violet - only the first two have made it to India. It will go on sale in the country from Wednesday, September 5.

LG Q Stylus+ features
The LG Q Stylus+ ships with a stylus that the company claims, adds "more convenience and functionality beyond the typical keyboard experience." LG says the Q Stylus+ can recognise and record handwritten notes, even when the display is off. Furthermore, the handset's stylus can be used to personalise captured images and videos to create animated GIFs. The LG has also introduced the same DTS:X found in the company's V- and G- series for up to 7.1-channel 3D surround sound when listening with earphones.

Commenting on the launch, Advait Vaidya, Business Head, Mobiles, LG India, said, "The LG Q Stylus adds another dimension to our series of exceptionally-priced midrange phones that deliver amazing value to consumers. This phone is another example of LG's promise to deliver a wider selection of devices this year with premium features designed to meet the diverse needs of today's evolving smartphone users."

LG Q Stylus+ specifications
The LG Q Stylus+ runs Android 8.1 Oreo and sports a 6.2-inch full-HD+ (1080x2160 pixels) FullVision displays with an 18:9 aspect ratio and 389ppi pixel density. Under the hood, there is an octa-core SoC, clocked at 1.5GHz. As mentioned, the processor is coupled with 4GB of RAM.

In terms of optics, the LG Q Stylus+ comes with a 16-megapixel rear camera sensor with a PDAF lens. On the front, it has a super wide-angle lens-equipped 8-megapixel camera sensor.