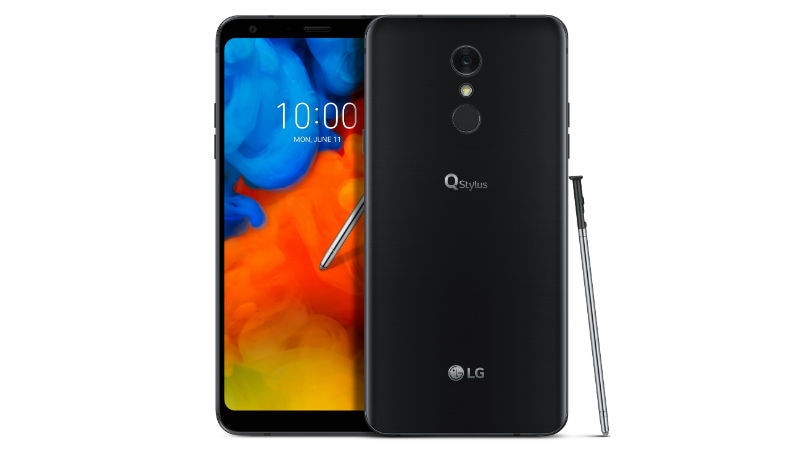 LG Q Stylus has been launched as the latest smartphone series in the company's 2018 lineup. Following the release of LG G7 ThinQ and LG V35 ThinQ, the South Korean manufacturer is bringing the mid-range handset to the market. The variants, namely the LG Q Stylus, LG Q Stylus+ and LG Q Stylus a (aka LG Q Stylus Alpha) are all equipped with a stylus obviously. Even though the handsets are mid-range, LG says it has packed some premium features in them.

The company says that the smartphone will be available in one or more configurations, depending on the market. LG has informed that the Q Stylus series will roll out on a limited basis starting this month in the US and Asia, followed by other key regions in the third quarter of the year. Notably, the pricing and exact availability details will be announced locally. The colour options include Moroccan Blue, Aurora Black (Stylus and Stylus+), and Lavender Violet (Stylus+).

The LG Q Stylus variants, as per their name, ship with a stylus that the company claims, adds "more convenience and functionality beyond the typical keyboard experience." LG says the Q Stylus can recognise and record handwritten notes, even when the display is off. Furthermore, the handset's stylus can be used to personalise captured images and videos to create animated GIFs.

Interestingly, the stylus is only one of the premium features packed in the LG Q Stylus. LG has included a camera that features PDAF (phase detection autofocus) and Portrait Mode. It also has the same DTS:X found in the company's V- and G- series for up to 7.1-channel 3D surround sound when listening with earphones. Additionally, the LG Q Stylus comes with IP68 water and dust protection, USB Type-C fast charging, a rear-mounted fingerprint sensor that also acts as the selfie camera shutter button, and MIL-STD 810G standard.

The LG Q Stylus, Q Stylus+, and Q Stylus Alpha run Android 8.1 Oreo and feature 6.2-inch full-HD+ (1080x2160 pixels) FullVision displays with an 18:9 aspect ratio and 389ppi pixel density. Under the hood, there are two octa-core SoC options depending on the region, clocked either at 1.5GHz or 1.8GHz clock speed. The processor will be coupled with 3GB of RAM in case of the LG Q Stylus and Q Stylus a, while the LG Q Stylus+ has 4GB of RAM.

The LG Q Stylus and Q Stylus+ have a 16-megapixel rear camera sensor with a PDAF lens, while the Q Stylus a sports a 13-megapixel sensor on the back. On the front, all the variants have a super wide angle lens-equipped 5-megapixel camera sensor.