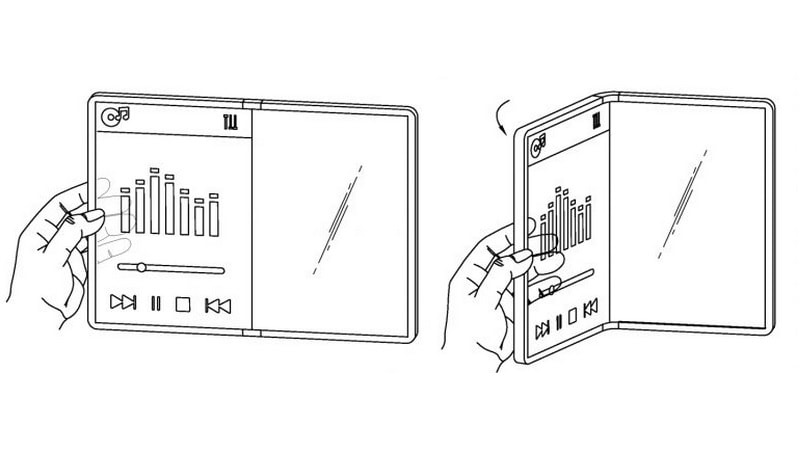 The patent application being talked about here was filed before the United States Patent and Trademark Office back in December 2015, and published on Tuesday, April 9. The abstract of LG's patent application indicates that the device will have a transparent flexible display whose transparency can be adjusted based on the angle between the two halves. The remaining half - which is referred to as ‘transmissive region' - will also have some transparent area and an opaque region that might be used to house the internal component.

There is also the mention of a controller that will be employed to adjust the transparency of the display. However, it is not clear whether the controller being talked about will be a software tool or some button on the device. There might also be a sensing unit that will identify when the device is in a folded or unfolded state. The patent application further mentions that “at least a portion of the first display region extends beyond the end of the second body”.

LG's patent detailing the company's foldable smartphone concept with a transparent display was spotted by LetsGoDigital. The design of the foldable device in LG's patent application is quite futuristic and radically dissimilar to another patent for a foldable smartphone by LG spotted back in 2017. Since this is just a patent application for a concept device, there are high chances that the device might never become a reality and enter mass production in the first place. But with that being said, the concept is certainly appealing and definitely more innovative than what Samsung and Huawei have accomplished with the Galaxy Fold and the Huawei Mate X.