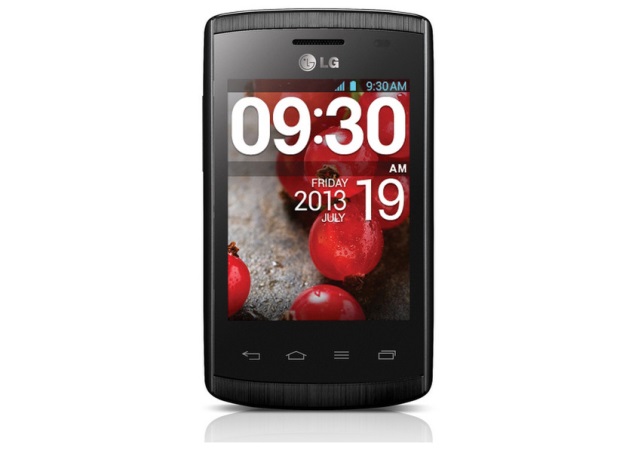 LG has launched Optimus L1 II for the Vietnam market and the handset will go on sale soon. The company has also announced the phone will later be launched in Russia, UK and other selective markets. The LG L1 II expands the LG's L-series of smartphone portfolio.

As per a Vietnamese publication the LG L1 II Android smartphone is the lowest ever priced smartphone by LG in Vietnam.

The LG Optimus L1 II features a 3-inch QVGA display with a resolution of 240x320 pixels. The handset is powered by a 1GHz Qualcomm Snapdragon processor with 512MB RAM. The handset runs on Android 4.1.2 Jelly Bean. There is 4GB of internal storage that is expandable up to 32GB with the help of a microSD card.

The LG L1 II includes a 2-megapixel rear fixed-focus camera and a VGA front camera. The rear camera can record videos of VGA quality at 30 frames per second. The device supports 3G networks in addition to GPRS, EDGE, Bluetooth, WI-Fi, Micro-USB and A-GPS. The LG L1 II is a single SIM device which is a change from the dual-SIM paradigm that's almost set for affordable handsets by OEMs. There is a 1540mAh battery backing the device.

Meanwhile, LG launched its much hyped flagship smartphone, the G2, a few days back.

The LG G2 comes with a 5.2-inch full-HD display and boasts 423 pixels-per-inch (PPI). It is powered by Qualcomm's quad-core Snapdragon 800 processor capable of speeds up to 2.26GHz. The device comes with 2GB RAM and offers 16GB and 32GB storage options. The LG G2 sports a 13.0-megapixel rear camera with Optical Image Stabilisation and a 2.1-megapixel front shooter. LG's latest flagship runs Android Jelly Bean 4.2.2 and is powered by a 3,000mAh battery. LG G2 sports dimensions 138.5 x 70.9 x 8.9mm and will be available in Black and White colour options. The LG G2 will be rolled out in over 130 wireless carriers in the next eight weeks starting in South Korea followed by North America, Europe and other key markets.

BlackBerry open to going private: Report
Facebook surfing pays off for some investors