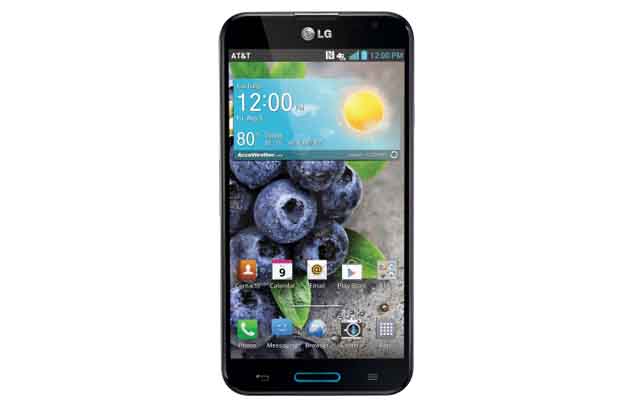 LG Optimus G Pro comes with a 5.5-inch full-HD (1080p) IPS display that has a pixel density of 400ppi. It is powered by 1.7GHz quad-core Qualcomm Snapdragon 600 processor along with 400MHz Adreno 320 GPU. Internally, the phablet packs 2GB of RAM and 16GB of storage that can be further expanded by up to 64GB through a microSD card.

LG Optimus G Pro runs on Android 4.1.2 (Jelly Bean) along with a layer of Optimus 3.0 UI. It packs in a 3,140mAh battery, which as per company's claims gives 15.5 hours of talk time and a standby time of 24 days. Connectivity options for this phablet include 3G, Wi-Fi, NFC, Bluetooth 4.0 with A2DP and GPS/ aGPS.

LG Optimus G Pro will be available in Black and White colour options for Rs. 42,500.

LG had first showcased Optimus G Pro in February. It was expected that this phablet will be available in key Asian markets, including India by June. The Korean smartphone giant claims to have sold more than 1 million units of this device in Korea alone.