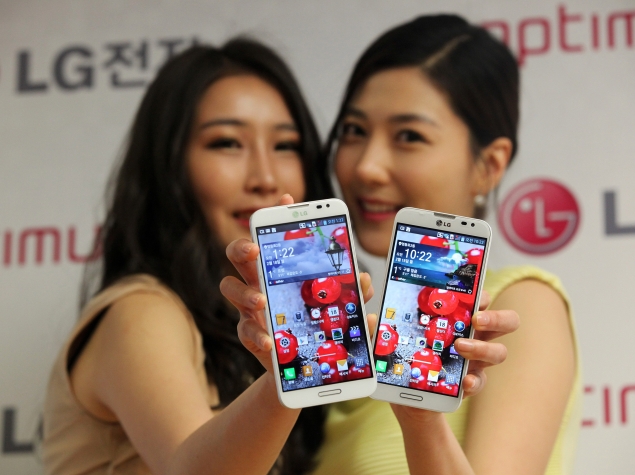 LG has announced that it will be launching its flagship large screen smartphone, the Optimus G Pro in many Asian markets including India, Taiwan, Singapore, Thailand, Indonesia, Philippine, Vietnam and Malaysia starting May 30.

This implies that the phone will be launched in the Indian market before the end of June. The Optimus G Pro was launched in South Korea, earlier this year and the phone also made it to the US market last month.

"LG's Optimus G Pro sets a new benchmark in the over 5-inch display smartphone category which is catching on with consumers everywhere who aren't interested in owning both a phone and a tablet," said Dr. Jong-seok Park, president and CEO of LG Electronics Mobile Communications Company. "Asian customers are leading many of today's technology trends and we're confident Optimus G Pro will find a large following in this region."

The Optimus G Pro is equipped with the Qualcomm Snapdragon 600 processor, which features a 1.7GHz quad-core CPU and Adreno 320 GPU. It has 2GB of RAM. The phone features a 5.5-inch display that has a resolution of 1080x1920 pixels with a pixel density of 400ppi. It runs Android 4.1.2 Jelly Bean.

The phone sports a 13-megapixel rear camera and a 2.1-megapixel front facing camera. It has an internal storage of 32GB expandable up to 64GB via microSD card. The phone features a large 3,140mAh battery.

The LG Optimus G Pro also comes with features like Dual Camera and Dual Recording allowing users to capture pictures or videos with both the front and rear cameras simultaneously, VR Panorama that allows shots of entire horizontal and vertical environments for a full 360-degree view, Pause and Resume Recording that allows for the recording of short snippets of video which can be viewed as one continuous file and Smart Video that recognizes the position of the viewer's eyes and automatically plays or stops the video without any manual input from the user.