LG Magna, Spirit, Leon, and Joy Launched Ahead of MWC 2015 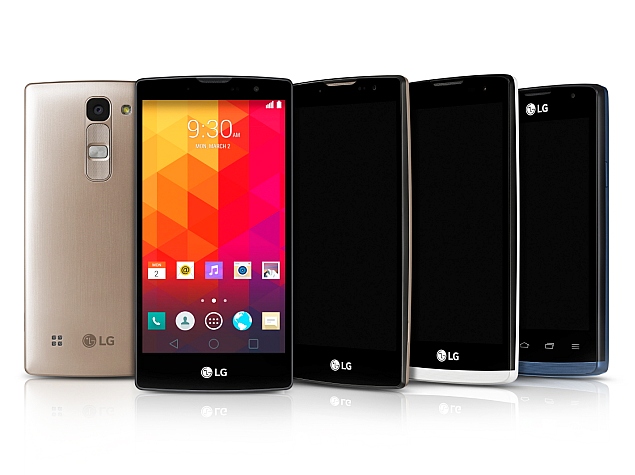 LG just ahead of the MWC 2015 trade show in Barcelona, has launched four new Android 5.0 Lollipop-based smartphones - the LG Magna, LG Spirit, LG Leon and the LG Joy. The firm will be showcasing the mid-range smartphones at MWC and will start the global rollout from this week in select markets. The availability of LTE Cat. 4 and 3G variants will vary as per the market. Prices of the smartphones have not yet been disclosed.

The South Korean smartphone maker says that these mid-tier handsets carry the "premium design elements and user experience" which until now have only been seen in the company's premium smartphones, with features such as Gesture Shot and Glance View. Out of the four, LG Magna and LG Spirit both feature slightly curved (3000mm radius) displays, apart from a gentle curve for easy gripping. It further mentioned that the LTE Cat. 4 and 3G versions of the four smartphones will feature metallic and plastic builds respectively. 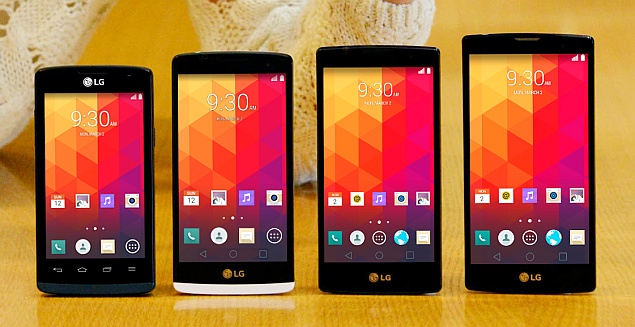 The LG Spirit includes 4.7-inch HD (720x1280 pixels) resolution display with pixel density of 312ppi. Besides the same processor options, RAM and inbuilt storage capacity like seen in the LG Magna, the LG Spirit's front-facing camera resolution also changes depending on the market. While the handset features an 8-megapixel rear camera, the front-facing camera comes in two options - 5-megapixel and 1-megapixel. The handset measures 133.3x66.1x9.9mm and is backed by a 2100mAh battery. 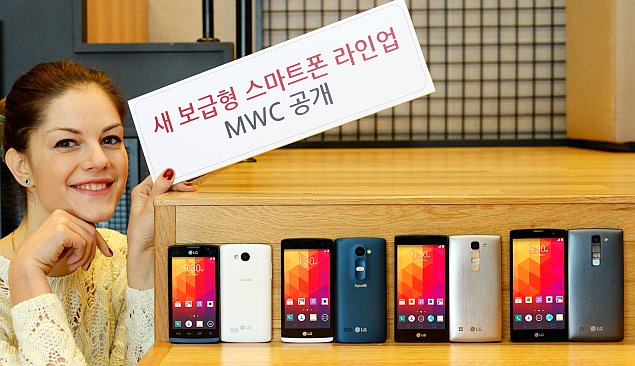 The smallest and likely the cheapest of them all is the LG Joy. The LG Joy comes equipped with a 4-inch WVGA (480x800 pixels) resolution display with pixel density of 233ppi. The handset will arrive in two processor versions - 1.2GHz quad-core or 1.2Ghz dual-core, two RAM versions - 1GB or 512MB, and two inbuilt storage versions - 8GB or 4GB. LG Joy includes a 5-megapixel rear and 0.3-megapixel front-facing camera. It will also arrive running Android 5.0 Lollipop or Android 4.4 KitKat OS versions based on the market. Backed by a 1900mAh battery, the smartphone measures 122.7x64.0x11.9mm. More details of the handsets will be known once they hit the shelves.

"LG's new mid-range collection continues our legacy of offering amazing smartphones at reasonable prices," said Juno Cho, President and CEO of LG Electronics Mobile Communications Company at the launch. "For millions of consumers around the world, the deciding factor on which smartphone to buy isn't how fast or how big it is but how balanced it is. With our new mid-range smartphones, more and more customers will be looking to LG for their next handsets."

Document Reveals Growth of Cyber-Warfare Between the US and Iran
Motorola Teases 'Exciting Announcement' This Week, First Hint Wednesday