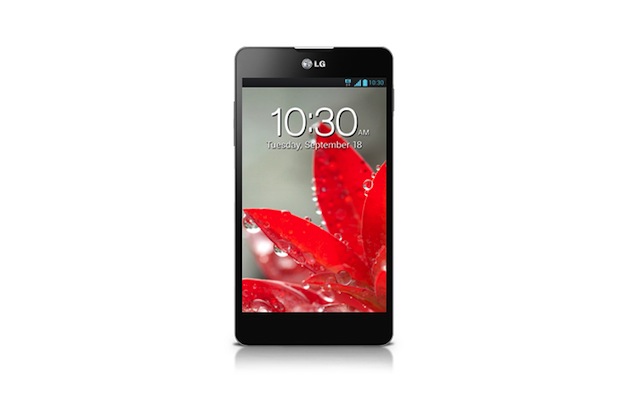 LG has officially launched the Optimus G (E975) in the Indian market. The phone is listed on company's official website for Rs. 35,500.

LG Optimus G was originally launched in Korea in September last year. It is powered by a 1.5GHz quad-core Snapdragon S4 Pro processor alongside 2GB of RAM. It includes a 4.7-inch 1280x768 (320ppi) display and sports a 13-megapixel rear camera and a 1.3-megapixel front shooter.

LG Optimus G comes with 32GB of built-in flash storage, but no microSD card slot or expandable storage of any kind. Connectivity options include Wi-Fi, Bluetooth, Micro-USB and NFC. The phone originally shipped with Android 4.0 Ice Cream Sandwich, but LG is now shipping the phone with Android 4.1 Jelly Bean preloaded.

The phone also features some UI tweaks including a QSlide Function that allows users to simultaneously run and view two apps, quick memos that allows users to write, draw, or jot a memo with their finger directly on the captured screen for sharing instantly with others as an attachment or a URL, live zooming and screen zooming, in addition to a mirroring feature called Dual Screen Dual Play which not only allows mirroring between the smartphone and a TV, but also has the ability to display different content on each screen wirelessly.

Online retailer, Saholic had already listed the phone on its website with a price tag of Rs. 30,990 and a 4 day shipping timeline.