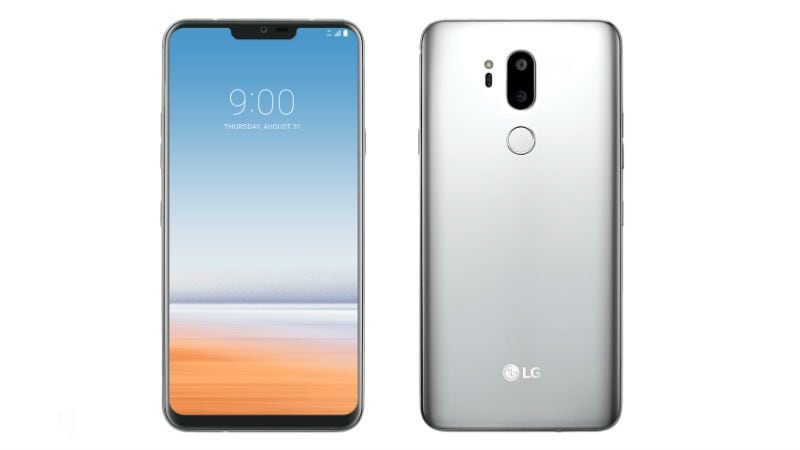 LG G7 ThinQ, the company's next flagship smartphone, is slated for launch next month. The South Korean giant has already confirmed the naming and May 2 launch date for the handset. While most of the specifications of the smartphone have already leaked, new reports have revealed more details regarding the LG G7 ThinQ. The smartphone is expected to sport an iPhone-like notch and a feature to hide it. Additionally, it could feature AI-centric features, dual-camera setup, 3D camera stickers, and more.

The latest leak surrounding the LG G7 ThinQ comes from an Android Headlines report that has claims specifications and features of the handset based on internal LG documentation. The company is said to be "acutely aware" that "display notches are not for everyone." LG is reportedly planning to circumvent the issue through software, as it will come with an option to hide the notch. In the feature, users will be able to generate a bar along the top of the screen, blacking out the notch. It is similar to the feature that is expected in the upcoming OnePlus 6.

The report says that artificial intelligence (AI) will be at the core of the LG G7 ThinQ. The AI will be "tightly integrated" with other elements in the smartphone, such as the camera. The company will market the camera integration as 'AI Cam,' and it will be a major selling point for the handset, the report adds. This camera AI will offer four "enhanced filter options" that will provide different levels of optimisation based on colour, contrast, and saturation. Also, it will be able to offset against direct sunlight by adjusting the exposure. Further, the smartphone will have the ability to identify the subject in view and determine the best settings and "provide recommendations based on those findings," report claims.

In terms of optics, the LG G7 will reporteldy have something called as "superpixels" that will help the smartphone to see better in low light. Users will get a 'Bright Mode' feature that will automatically identify dark environments and eventually react by combining pixels to form 'superpixel'. This, according to the report, will result in the "G7 being far more capable in extreme low-light conditions compared to the LG G6, as well as the V30 and V30+."

Coming to the display, the LG G7 ThinQ will reportedly sport an M+ LCD panel. It is said to have more white pixels than the previous version, resulting in "twice as bright as the G6 and significantly more colourful."

Finally, in terms of audio, the LG G7 will reportedly come with a 'Boombox Speaker." LG is said to have outfitted the G7 with a larger speaker than what was included with the G6. The smartphone will be equipped with Google Assistant, which will be capable of carrying out "LG-exclusive device-specific tasks."