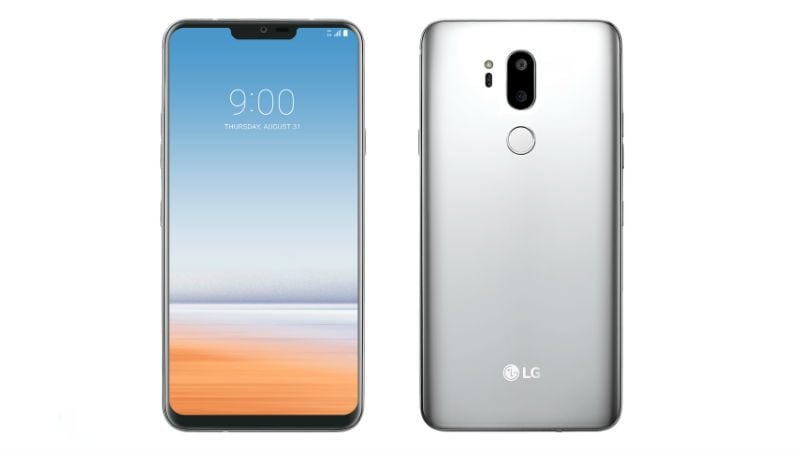 LG G7 is expected to launch later this month and rumours are pouring in from all corners. There have been several reports revealing the probable features, specifications, branding, and more details about the upcoming flagship smartphone. Now fresh images have leaked giving us an idea of what the smartphone might look like. While some previous reports had revealed alleged design details of the LG G7, a few reports had also leaked renders of the handset. However, this is the first time we see live images of the alleged LG G7. AnTuTu scores for the phone were also leaked alongside.

The LG G7 is one of the most anticipated smartphones of 2018, and as per an earlier report the company is planning to release the handset by the end of April. Also, the smartphone is said to come with a ThinQ branding. In the new images leaked by TechRadar, one of the boot logo of the LG G7 clearly shows the ThinQ branding on the screen.

The smartphone appears to be covered by a rugged protective case, but we can see that it comes with a bezel-less display with an iPhone X-like notch. The LG G7 notch appears to be equipped with an LED notification light, an earpiece, and a selfie camera. Meanwhile, on the case, there are three cutouts, possibly for a power button, volume rockers, and an AI button that was mentioned in an earlier report.

As per another image, the LG G7 ThinQ model is seen carrying the model number LG-G710TM. The smartphone, according to the image, will ship with the Snapdragon 845 64-bit octa-core SoC, 4GB of RAM and 64GB of inbuilt storage. It could be one of the variants of the handset, as previous leaks had hinted at a 6GB RAM model.

Also, TechRadar noted that as per AnTuTu benchmarks spotted for the handset, the LG G7 scored 252,473. This is one of the highest scores by most current smartphones excluding the Sony Xperia XZ2, meaning the handset could be a performance powerhouse.

LG G7 may come with a display notch

As mentioned, the South Korean handset manufacturer will launch the upcoming flagship towards the end of the end of this month and release it in May. We will bring you more updates as soon as they are revealed.