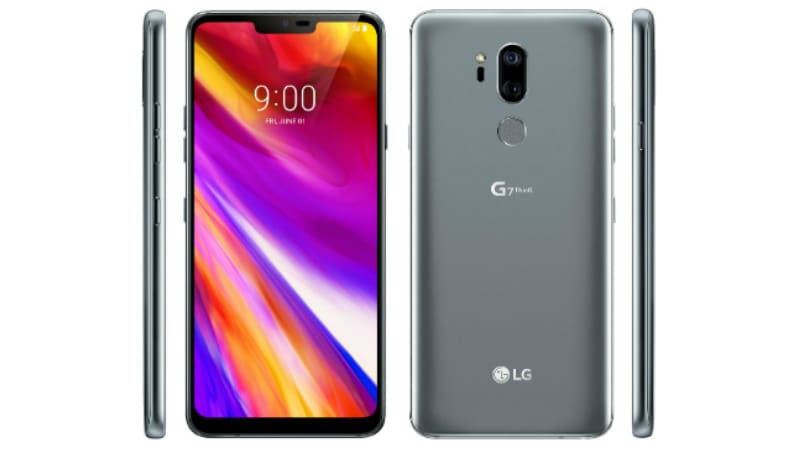 LG continues to tease the key features of the LG G7 ThinQ ahead of its formal launch that is set for May 2. Just days after revealing a 'second screen' that may hide the notch design, the South Korean company has now teased the presence of a 'Boombox Speaker' on its next flagship that will enhance the overall audio experience. The company has also highlighted that the next-generation G series model will come with a DTS:X 3D Surround Sound technology that will help deliver high-end stereoscopic sound - touted to be similar to a movie theatre featuring up to 7.1-channel speakers - without requiring any advanced earphones. The new audio-focused features appear to be designed to counter the Samsung Galaxy S9 family that comes with a stereo speakers tuned by AKG and has Dolby Atmos integration.

As LG stated in a blog post, the Boombox Speaker on the LG G7 ThinQ will increase the sound level by more than 6dB. The built-in speaker will also double the bass production. Further, LG claims that when the smartphone is kept on a table or a box made of materials such as wood or iron, it transforms into a large woofer and resonates the sound. The experience is touted to be as powerful as connecting a separate speaker.

LG has enabled the Boombox Speaker technology by using the extra space on the smartphone as a resonance chamber, as noted by folks at PhoneArena. This helps to amplify sound and uplift bass levels.

Apart from the Boombox Speaker, the LG G7 ThinQ includes the DTS:X 3D Surround Sound technology that is aimed to offer a 3D surround sound experience through the stereo speakers of the handset. The technology is claimed to not only enhance dialogues when watching movies but also give users a more immersive content experience by building a vivid sense of space. Further, the technology works with regular headphones and earphones - doesn't require any special type of audio devices to create a 3D surround sound experience. The handset is also likely to include a 3.5mm headphone jack to offer compatible with a large number of audio accessories.

Last in the series of the major new audio-focused features on the LG G7 ThinQ is a Hi-Fi Quad DAC (digital-to-analogue converter) that will lower harmonic distortion to just 0.0002 percent while converting digital sound signals into human-audible analogue sound signals. The smartphone will also include support for MAQ format that will enable high-fidelity, high-quality streaming with significantly less data consumption than a traditional premium audio format. This appears to be a move to rival the iPhone X that has FLAC and OPUS format support.

If we take a look at some of the recent reports, the LG G7 ThinQ will come with an edge-to-edge display and sport two 16-megapixel image sensors on the back. The handset is also reported to have a Qualcomm Snapdragon 845 SoC and include some AI-based features.

That being said, the LG G7 ThinQ official launch is set for May 2 in New York and May 3 in Seoul. These will be the places from where we'll get details about the price and availability of the next LG flagship. Meanwhile, it is safe to presume some more teasers from LG as well as a few major rumours about the smartphone.