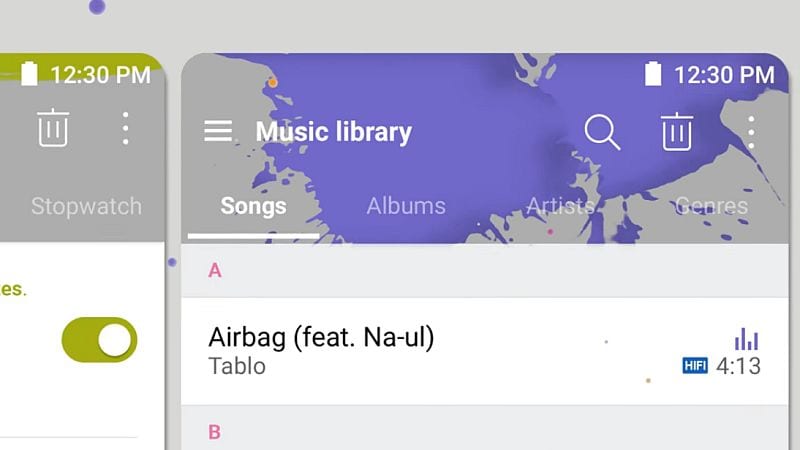 With less than 10-days to go for the LG G6 launch, the company is leaving no stone unturned in creating excitement around its flagship. LG is releasing 'teasers' almost on a daily-basis, and the latest one teases the G6's UX changes alongside the all-new FullVision display.

LG on Thursday released yet another teaser that showcases the all-new UX 6.0 that will debut with the LG G6 for the first time. We already know that the LG G6 will sport a 5.7-inch QHD+ (1440x2880 pixels) display with an aspect ratio of 18:9. The company has now confirmed that the LG G6 will come with what the company calls FullVision display, which will take advantage of the entire screen. The new UX is said to be designed in a way that fills the front of the smartphone.

LG stresses that the FullVision display in the G6 will offer "new viewing experience" to users. Both the top and bottom part of the screen will offer more information when surfing the Web, reading e-books, and when watching videos or playing games. LG G6 will come with a feature that will allow users to view existing 16:9 ratio content in 18:9 format.

LG UX 6.0 will come with a Square Camera feature which will divide the 18:9 display into two identical perfect squares that will allow users to shoot image as well as review them in the adjacent window. This particular feature has been available in apps such as Instagram. The LG G6 UX 6.0 will also offer a new Food Mode and will also let users create GIF images by combining anywhere between 2 and 100 pictures in a loop. The LG G6 will also let users combine multiple square photographs and set them as a Collage Wallpaper on the lock screen. LG is also teasing "advanced multi-tasking" features which will allow users open multiple apps simultaneously in split-screen mode.