LG G6 Teaser Reiterates the Smartphone Will Be Water Resistant 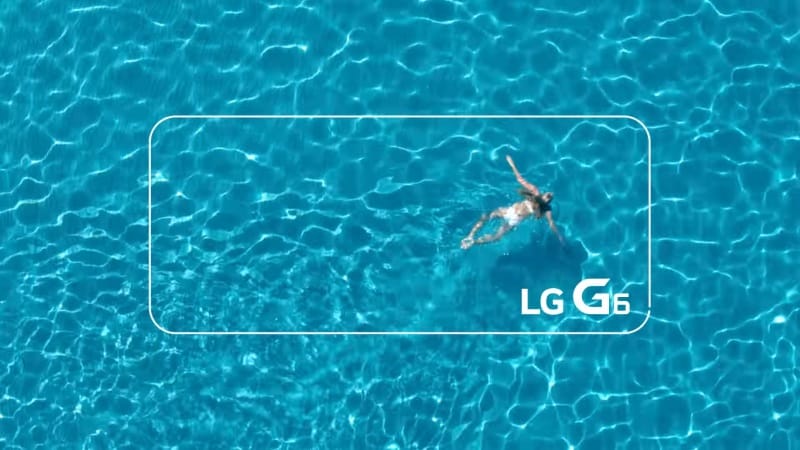 The latest teaser for upcoming LG G6 smartphone has provided hint for a feature that has almost become synonymous with flagship smartphones by most companies - water resistance. Even though the brief teaser video by the company doesn't exactly reveal the level of water resistance that will be offered by the smartphone, it does hint that users might not worry about the smartphone while carrying it near the swimming pool.

The teaser video by the company shows just a woman swimming across in pool with LG G6 moniker and the smartphone's outline coming later on, hinting at no particular details about the feature. To recall, LG had teased dust and water resistance for the G6 earlier as well.

As per previous leaks, LG G6 has been tipped to feature a near bezel-less QHD display with rounded edges. The display has been confirmed by LG to have an aspect ratio of 18:9. The smartphone is expected to be powered by Qualcomm Snapdragon 821 SoC coupled with 4GB of RAM. The base variant of the smartphone has been tipped to come with built-in storage of 32GB.

In terms of optics, recent teasers confirm that the smartphone will feature dual rear cameras both with 13-megapixel sensors. The phone is also said to house a battery with a capacity larger than 3200mAh.

Other LG G6 teasers have confirmed the smartphone will bear a FullVision display, Quad DAC support, dust and water resistance, reliability, and UX 6.0.

The upcoming flagship smartphone from LG will be unveiled at the company's February 26 event which is scheduled to begin at 4.30pm IST (12.00pm CET).