LG G6 Specifications, Images Leaked Ahead of Next Week's Launch 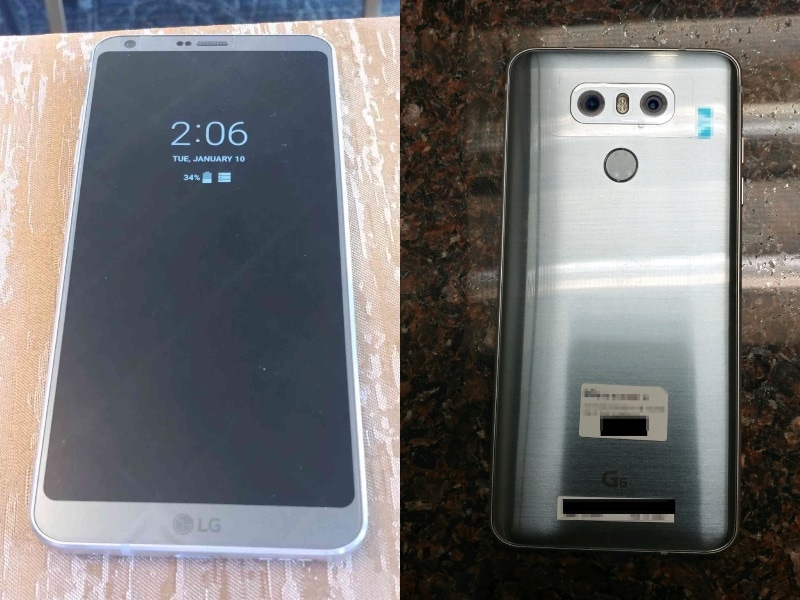 Ahead of its official launch at upcoming MWC trade show, LG G6 has already been confirmed to pack-in an almost bezel-less FullVision display. The LG G6 is also getting a refreshed UX 6.0 that is optimised for the new display. And now, fresh hands-on images and a specifications rundown of LG G6 have been shared that confirm almost everything about the smartphone.

LG is going to unveil its next flagship smartphone - LG G6 - at Mobile World Congress on February 26. There have been many leaks and reports suggesting what the LG G6 will look like along with its specifications. New images of LG G6 (silver colour model) have been shared by 9to5Google that show the front and rear side of the smartphone, which we have been seeing in multiple leaks. What's different this time is the always-on display feature touted to be present in LG G6, which looks like what we have seen on Moto phones, with time/ date information on the screen and preview of other notifications that arrive on the phone.

The images also show an almost bezel-less display with rounded corners, which has been confirmed by LG to bear an aspect ratio of 18:9. The rear side of the LG G6 mounts a dual-camera setup with flashlight and a fingerprint scanner, which confirms the previous reports about LG G6. Apart from this, 9to5Google also received rundown of LG G6 specifications from the same source. Corroborating the earlier leaks, the LG G6 is tipped to have a 5.7-inch QHD display, 3200mAh battery, Qualcomm Snapdragon 821 SoC coupled with 4GB of RAM and a 32GB base variant.

As we mentioned, the Mobile World Congress is slated to begin from February 27 and LG is holding its product launch event a day before i.e., February 26. We'll be covering the LG G6 launch straight from Barcelona, so stay tuned.

What Exactly Is Wrong With Xiaomi?
LG 2017 K-Series Smartphones Set to Launch in India on Wednesday