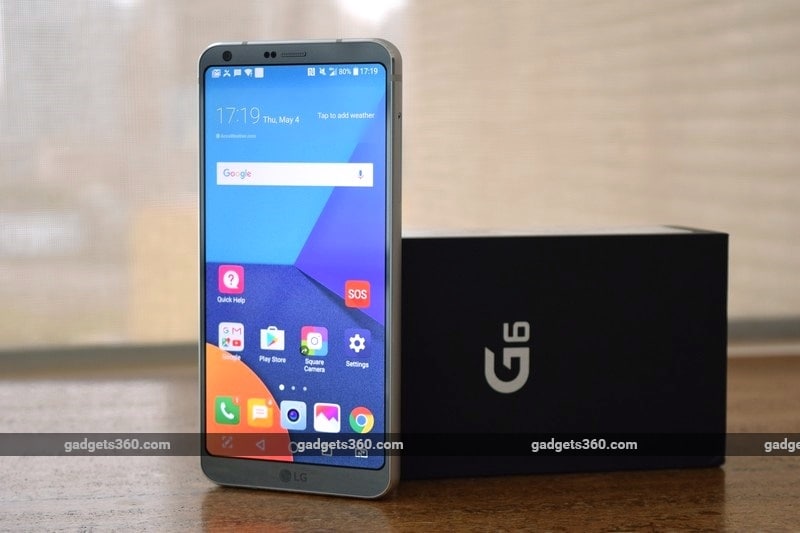 LG is offering an Amazon Prime exclusive discount to prospective buyers of the LG G6. There’s a Rs. 13,000 discount on the purchase of the LG G6 through Amazon India, but only for those who have Prime membership. Furthermore, there are additional offers and a no cost EMI option also listed on the Amazon India site.

The discount is available on both Ice Platinum and Astro Black colour options, and Prime members can grab the LG G6 for as low as Rs. 38,990 – the lowest price yet for the LG G6. Apart from the massive discount, Amazon is offering a No Cost EMI option on Bajaj Finance cards. There’s also a Reliance Jio offer that gets you up to 100GB of additional 4G data on the purchase of this smartphone, an offer that has been available for LG G6 buyers since the phone was launched in India. Lastly, there’s an interest cashback offer if you purchase the LG G6 through credit card EMI from the seller ‘Cloudtail India’ specifically.

To recall, the LG G6 smartphone was initially launched by the company at MWC 2017 in February, and came to India in April at a price of Rs. 51,990. In May, the company announced a limited period discount of Rs. 10,000 on the flagship smartphone.

As for specifications, the LG G6 runs Android 7.0 Nougat out-of-the-box. The highlight feature on the smartphone is its 5.7-inch QHD+ (1440x2880 pixels) FullVision display with an 18:9 (or 2:1) aspect ratio instead of industry standard (16:9). The LG G6 was launched with the new UX 6.0 that company said has been optimised for the 18:9 aspect ratio. The smartphone is powered by Qualcomm Snapdragon 821 SoC coupled with 4GB of LPDDR4 RAM. The LG G6 comes with 64GB that is expandable via microSD card (up to 2TB).

In terms of optics, the LG G6 comes with a dual-camera setup at rear end with two 13-megapixel sensors - one for wide-angle shots with 125-degree lens and f/2.4 aperture, and the other for regular shots with 71-degree lens and OIS 2.0. At front, the G6 features a 5-megapixel wide-angle lens with f/2.2 aperture and 100-degree lens. The LG G6 houses a non-removable 3300mAh battery. It measures 148.9x71.9x7.9mm and weighs in at 163 grams. LG G6 supports LTE-A 3 Band CA network and in terms of connectivity options, it includes Wi-Fi 802.11 a/b/g/n/ac, Bluetooth v4.2, NFC, and USB Type-C 2.0 connectivity options. It is available in Astro Black, Ice Platinum, and Mystic White colour options.

Notably, the LG G6 was touted to be the "first smartphone with supports Dolby Vision" at the time of its launch by LG. It features a 32-bit Hi-Fi Quad DAC (digital to analogue converter) for enhanced audio playback as well. The phone packs a fingerprint scanner at the back as well. Another distinction is that the LG G6 has passed the MIL-STD 810G military standard certification for durability.