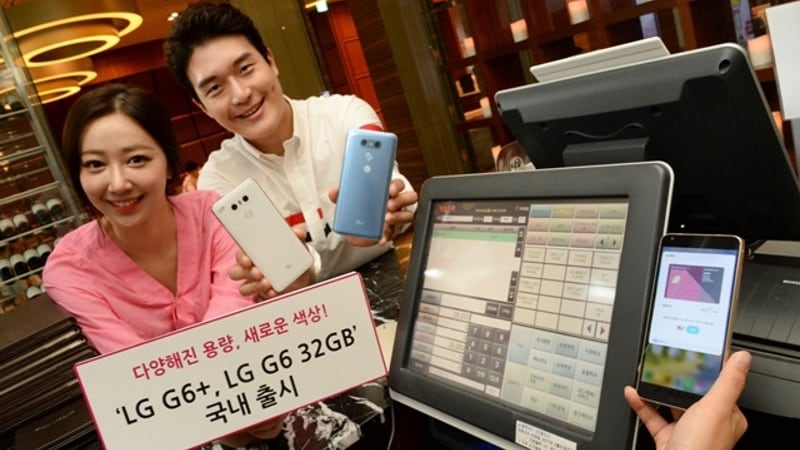 LG launched its G6+ smartphone and a 32GB variant of LG G6 earlier this month in South Korea. While the company didn't announce the pricing and availability of the smartphones at the time, it has now made them available for purchase in the country. The LG G6+ has been priced by the company at KRW 957,000 (roughly Rs. 54,100) while the LG G6 32GB storage variant has been made available at KRW 819,500 (roughly Rs. 46,300).

Both LG G6 (32GB) and LG G6+ have been made available by the company through three carriers in the country from Friday. To recall, the new LG G6 variant comes with 32GB built-in storage and the new LG G6+ packs 128GB storage. While LG launched three different versions of G6 in different markets, some with wireless charging support and others without, the LG G6+ with 128GB inbuilt storage comes with all of those features into a single package.

In addition to 128GB inbuilt storage, LG G6+ will come packed with wireless charging support as well as high-fidelity quad-DAC feature in all markets. On the other hand, the LG G6 32GB variant comes with just half the inbuilt storage of the original, with no further specification enhancements.

While the specifications have been kept nearly the same, the company has introduced new colours with the freshly released models. The LG G6 32GB comes in a non-optical Terra Gold, non-optical Marine Blue, and an already available Mystic White model, while the LG G6+ has been made available in Optical Astro Black, Optical Marine Blue, and Optical Terra Gold.

In terms of features, both LG G6+ and LG G6 come with a 5.7-inch (1440x2880 pixels) QHD+ FullVision display with a taller-than-usual aspect ratio of 18:9. The smartphones are powered by a quad-core Snapdragon 821 processor coupled with 4GB of RAM. In terms of optics, both smartphones come with a 13-megapixel primary rear camera and a 5-megapixel at front.

OnePlus 5 Appears to Be Pretty Water Resistant, but Don't Dunk It in Water
Microsoft to Acquire Cloudyn, an Israel-Based Cloud Management Firm