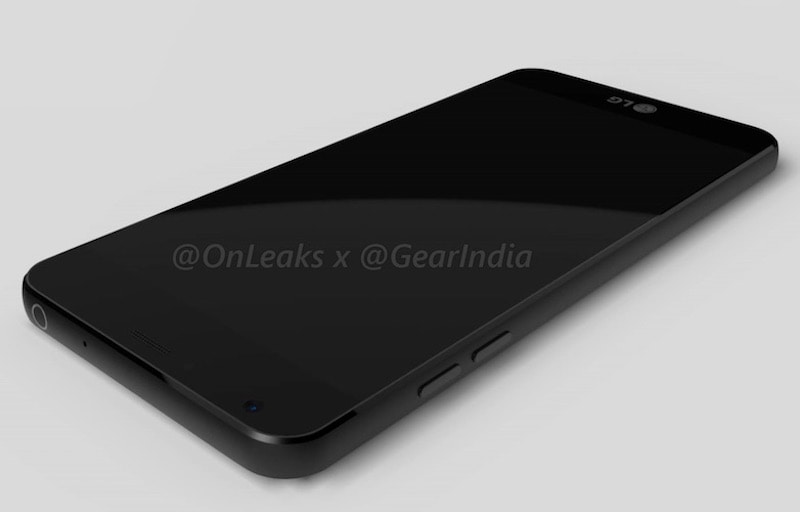 LG G6, the South Korean company's rumoured flagship smartphone for 2016, may ditch the modular design that was introduced earlier this year with the LG G5 model. This change in plans for LG, which has earlier claimed that the modular design is here to stay, may be because of the lackluster sales performance of the G5.

Unofficial renders of an LG G6 unit without the modular functions, made by @OnLeaks in collaboration with MySmartPrice, have made their way online, giving us a look at what we can expect from the upcoming smartphone.

Going by the images and video the LG G6 looks like a non-modular smartphone. In fact, the renders portray a plain design with a glossy finish. With no components that are removable or added, the LG G6 renders offer very little to take note of.

The edges around the LG G6 are chamfered while the rear panel is completely flat and may be non-removable. A fingerprint scanner is placed just below the rear camera setup. A USB Type-C port is seen at the bottom next to what looks like a bottom-firing speaker. It also looks as though LG is among the few who may still keep the headphone jack.

According to the folks at MySmartPrice, the LG G6 will feature a 5.3-inch Quad-HD display, similar to the G5. Meanwhile, the upcoming flagship is expected to pack top-of-the-line specifications, which should include Qualcomm's new Snapdragon 835 SoC.

Additionally, the LG G6 could use a wireless charging module at the rear to power up the G6's battery by up to 50 percent in 30 minutes, according to an earlier report.

It should also be noted that in September, LG's spokesperson Ken Hong confirmed that LG will not ditch the "modular concept in the subsequent generation" of G-Series smartphones. This makes the renders highly questionable so do take it with a pinch of salt.

However, a new report by ETNews suggests LG could launch the G6 a month earlier than usual to improve sales and beat the likes of Samsung's S series. This could mean that the announcement could take place as early as January as well.

Vodafone Launches 4G Services in Tamil Nadu
Facebook Buys Data on What You Do Offline: Report