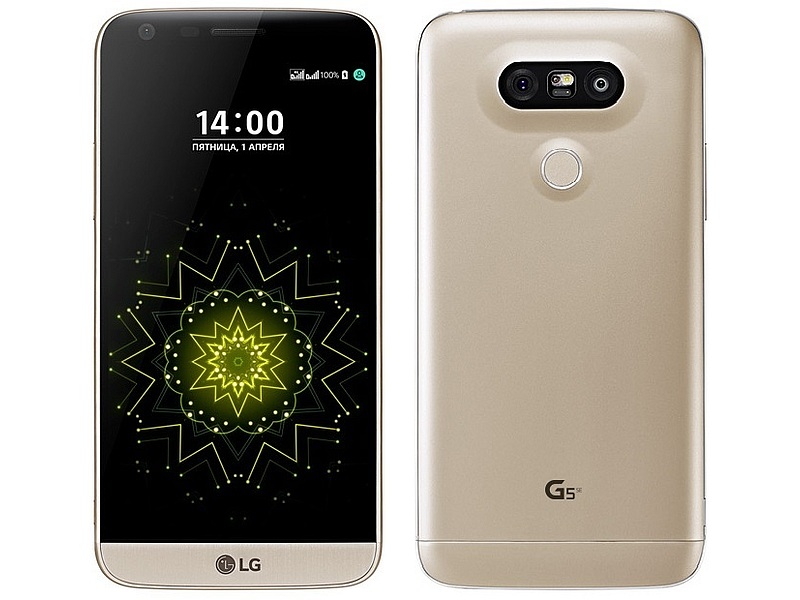 LG, after launching its modular G5 smartphone, has now launched a new variant in the family dubbed as LG G5 SE. The smartphone, the existence of which was confirmed by the South Korean giant recently, was briefly listed on the company's Russian website with images and specifications before being taken down.

The LG G5 SE (aka LG G5 se and LG H845) as one would expect, is a slight downgrade from the LG G5 and is limited to Latin America, China, and other regions. Although the price of the handset has not been mentioned, it is likely to cost less than its flagship sibling.

It is worth mentioning that the only difference between the LG G5 SE and the LG G5 is that the former runs on a slightly less powerful processor - an octa-core Qualcomm Snapdragon 652 as compared to the Snapdragon 820 on the G5, has 1GB less RAM, and misses out on 4G LTE connectivity, which is surprising as the Snapdragon 652 is capable of supporting 4G LTE. Rest of the specifications remain the same as the LG G5. It's possible other regions will get the 4G-enabled variant of the handset.

The dual-SIM 3G supporting LG G5 SE sports a 5.3-inch QHD display (1440x2560 pixels) featuring always-on display technology. The always-on display will allow users to check time, notifications and battery status among other pieces of information. It also houses 32GB of inbuilt storage that can be expanded using a microSD card (up to 2TB).

On the photography front, the two handsets sports 16-megapixel and 8-megapixel rear cameras with the former featuring a 78-degree lens and the other with a 135-degree wide-angle lens. At the front it sports an 8-megapixel camera. Other features of the LG G5 SE include a 2800mAh battery with Quick Charge 3.0.

The smartphone is likely to support the LG VR along with the modular components or "LG Friends" such as the LG Cam Plus and Hi-Fi Plus. The smartphone will be available in Gold, Pink and Titanium.

The company has already announced that it will launch the G5 flagship smartphone in India in the next quarter.